Standard skin track up in mediocre visibility utilizing safe travel practices. Started feeling some localized settling around the talus field (~2700′). Dug a pit to ground (80cm) at the base of the knob in the upper bowl, ECT24SP. Within 50′ elevation above this we felt the upper snowpack change character to slightly stiffer, forming a more cohesive slab in hindsight. Skinned up the final pitch, encountered a local settlement near the top of the pitch, quickly booted up the last 10′ to a more secure changeover spot and to investigate the snow further. Retreated safely down the skin track.

From the top of the boot pack we skinned out on top of the upper entrance of cropley chute to look at coverage & utilize safe test slopes to further evaluate the localized settling. When using a second test slope settlement occurred and we heard the slither of debris in the adjacent bowl. Jumping or skinning remote triggered a ~300' crown from about 100' away over the ridge which then stepped between rock outcroppings up to depths of 1m. Bed surface was on a weak layer on the rime/rain crust from a week ago, possibly buried surface hoar. We estimated the slide at d2r3-4. Additional cracking occurred beyond the north edge of the slide, crossing most of the standard boot pack pitch. We believe elevation played a major role in creating a denser bed surface than found we found at lower elevation, colder temperatures better preserving the weak layer, and more load on the weak layer (this spot is and was typically drifted).

Small localized settling first noticed in the talus field, which often whoophs due to the variable/unsupported roughness.

HS sampled at several elevations above the lot, all were ~80cm-1m. Rime/rain crust from a week ago was found steadily ~50cm down with the usual melt-freeze sandwich below. Skinned up to west bowl after and found the same layers but less density. 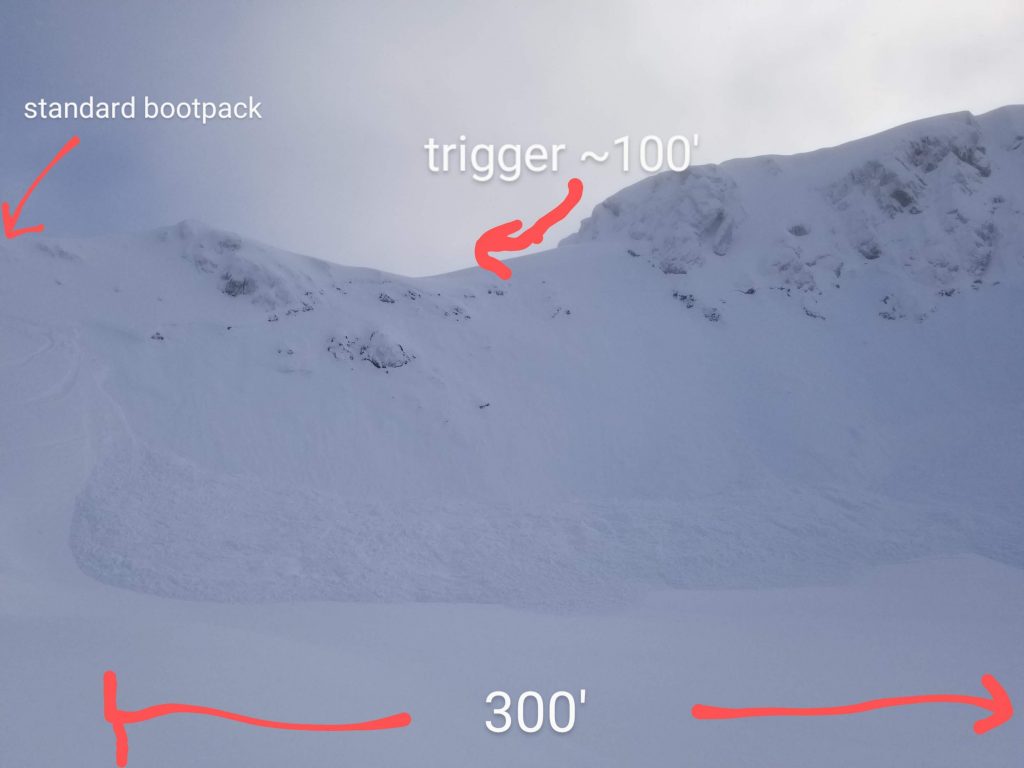 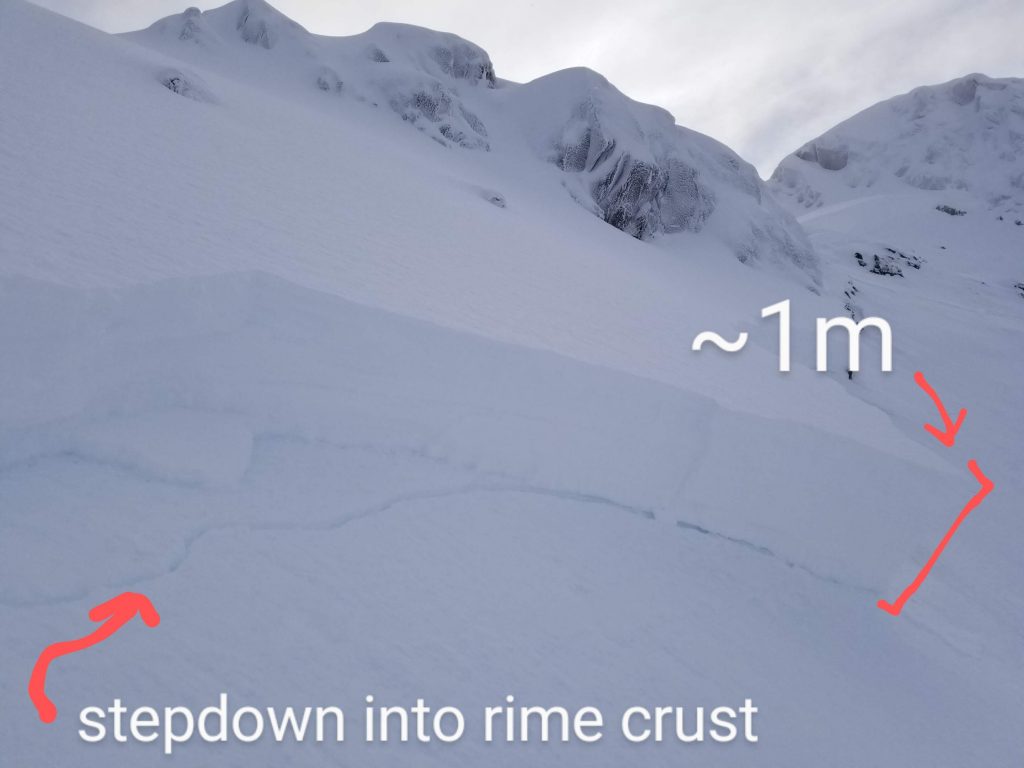 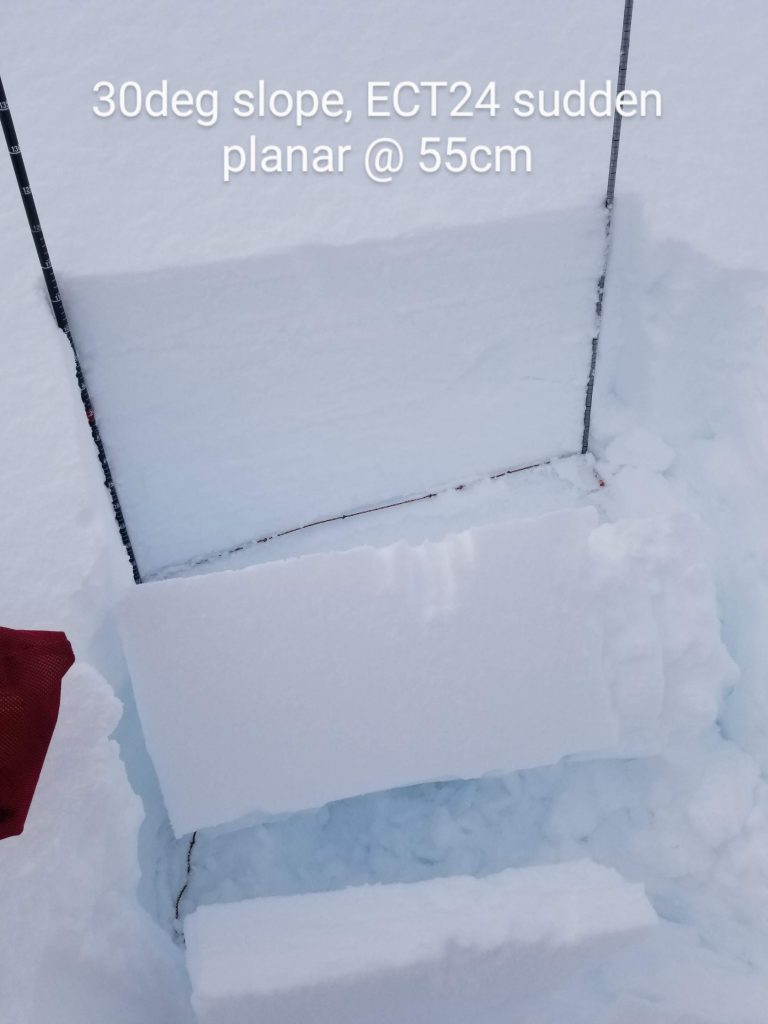 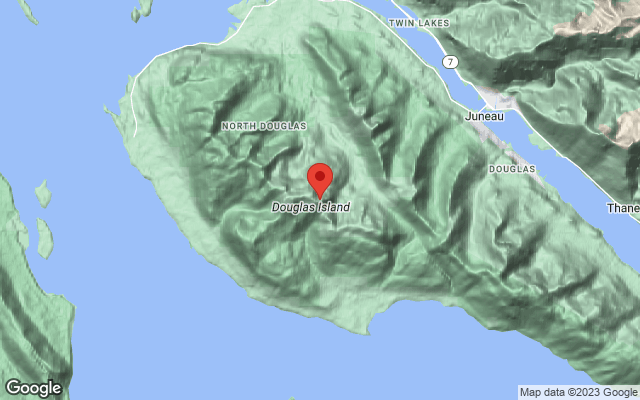