Toured up from the parking lot, through rescue meadows and to the top of Troy. No shortage of people out enjoying the sun and easy turns around treeline. Wind affected but still soft at ridgecrest. 10+ cms of dry new snow on top of a crust. New 1-5mm surface hoar growing on the surface from the parking lot up to 2000ft. Near-surface crust thinned down to nothing around 2000ft also. Went up

Sun. Cold. Calm winds up to 2400ft in rescue meadows. Winds increased from the North with elevation.

Weak snowpack structure. Multiple dense layers with heavily faceted interfaces, some sitting on top of crusts. Hand shears broke off upon isolation on the most substantial crust (40cms down at that location). Only a hundred feet higher (at 2600+ ft), I dug and found a thicker snowpack, with more space between crust layers, but still a melt-freeze crust layer that started about a meter above the ground and continued essentially to the ground. The interface between this major melt-freeze crust and the snow above was very faceted and the top of the crust was crumbling. An extended column test produced an ECTP13 down 70cms on this interface. I suspect one of the reasons that we are not seeing widespread avalanche activity on this layer is that the shear was not especially planar for an ECTP.

Also, saw some recent windslab from the outflow winds, but not as much as I would have expected given what it looked like on the mainland. I did not travel anywhere where the windslab showed any reactivity, but I also kept it pretty simple. 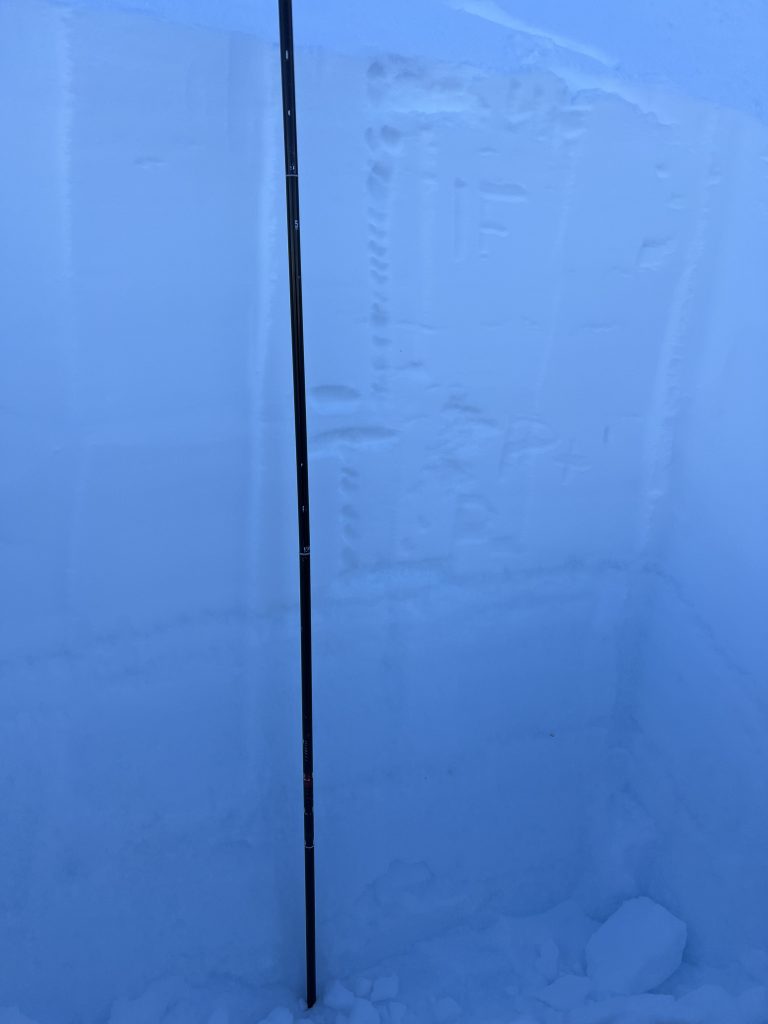 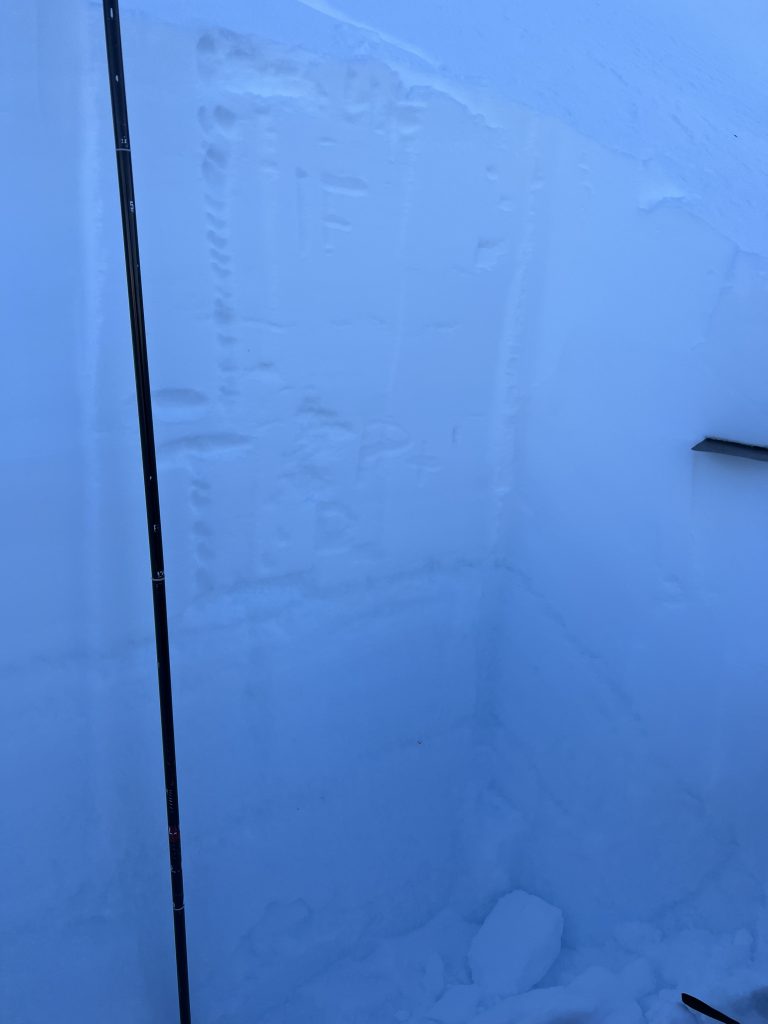 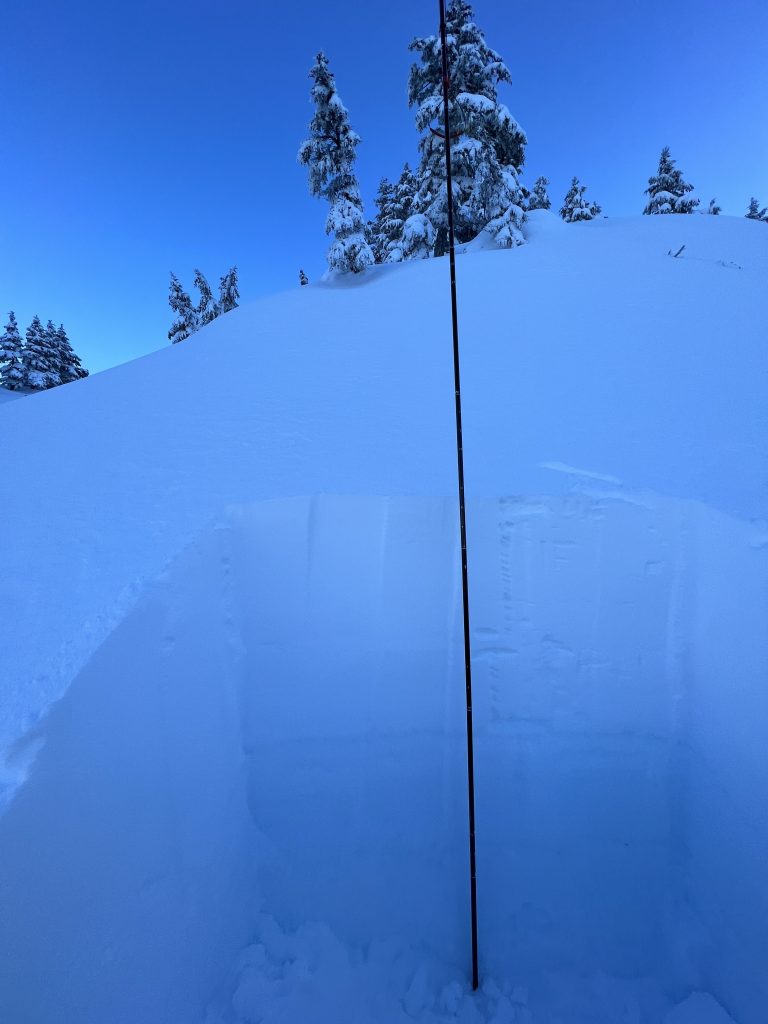 ECTP 13 on facets at the melt freeze crust interface 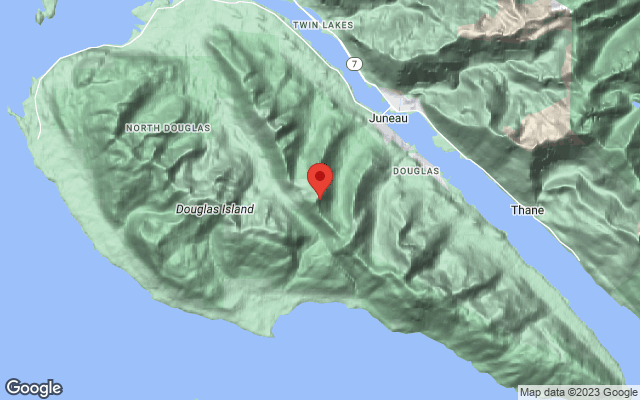