CBJ Urban Avalanche Crew took advantage of the break in the weather to do observations on Mt. Juneau. We flew from the airport and took a close look at Mt. Juneau’s W-SE facing urban avalanche paths, as well as the North facing bowls above Salmon Creek. Most notably there has been a large avalanche cycle on steep, wind-loaded, North-facing terrain above 3000′ during last weekend’s strong storms. Not a concern for the urban area, but definitely noteworthy. It is not known what the failure plain was, but these were very large avalanches. It is possible it was all storm snow, but also could have released on a deeper weak layer that has not otherwise been active. Worth investigating if planning to travel on the Mainland.

More info, the urban forecast for today, and an archive of past advisories, can be found on the CBJ Urban Avalanche Advisory. https://juneau.org/emergency/current-advisory

Large (D2+) avalanche cycle on Mt. Juneau's peak, Icy Gulch, and other steep wind-loaded alpine features on the mainland. Released during the strong storms last weekend into Monday. Debris was covered by a foot or more of new snow.

1cm of graupel and needles on previous settled storm snow.

The CBJ Urban Avalanche Crew did fieldwork on Mt. Juneau yesterday. We observed a 2m snowpack at 2800' on a SW slope above Glacier Highway at Norway Point. The snowpack here was strong and well settled with mostly pencil and knife hard layers of rounded snow grains. There were numerous crusts spread throughout the upper, mid, and lower snowpack, but at this time they are all well bonded to the layers above and below. In the upper snowpack, last weekend's heavy rains left a thick melt-freeze crust, but the storm snow above was well bonded to it. 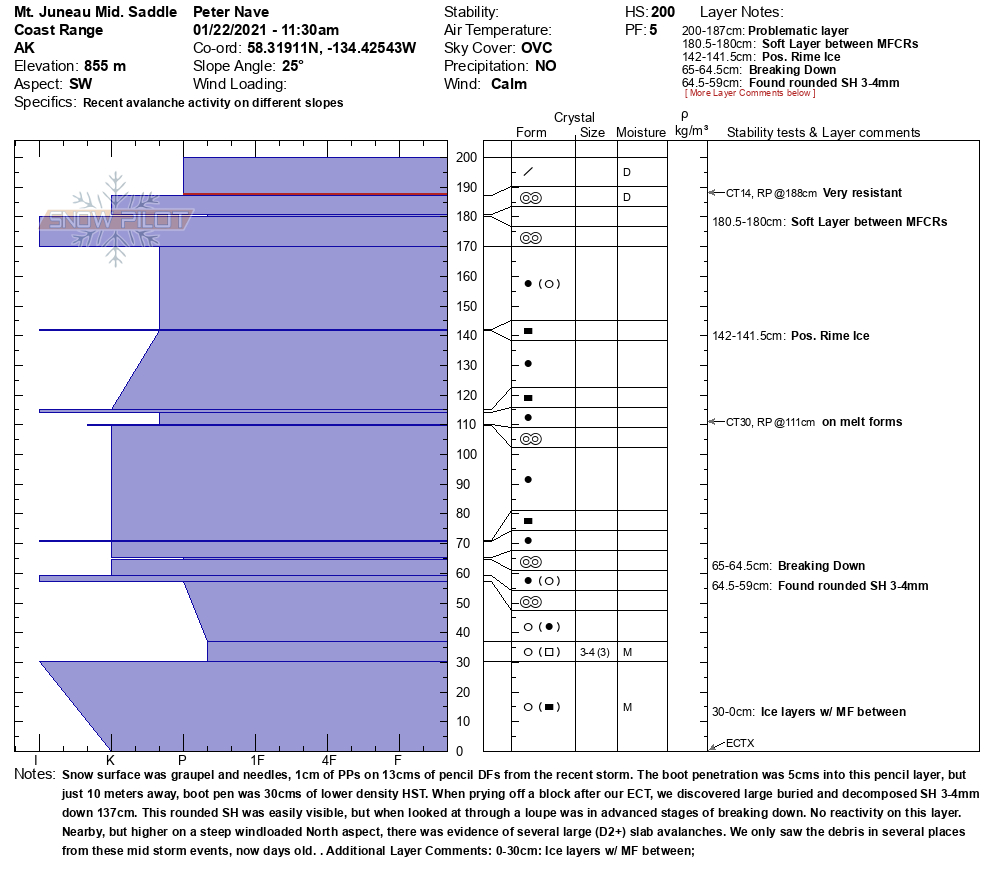 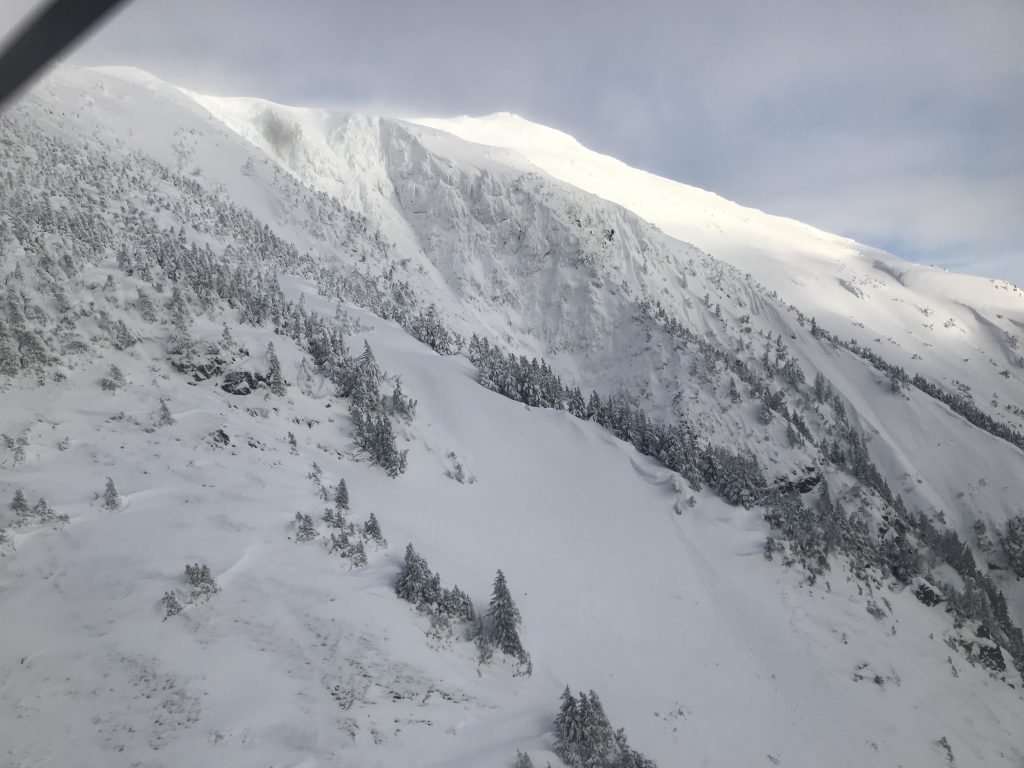 Chop Gully, above the flume 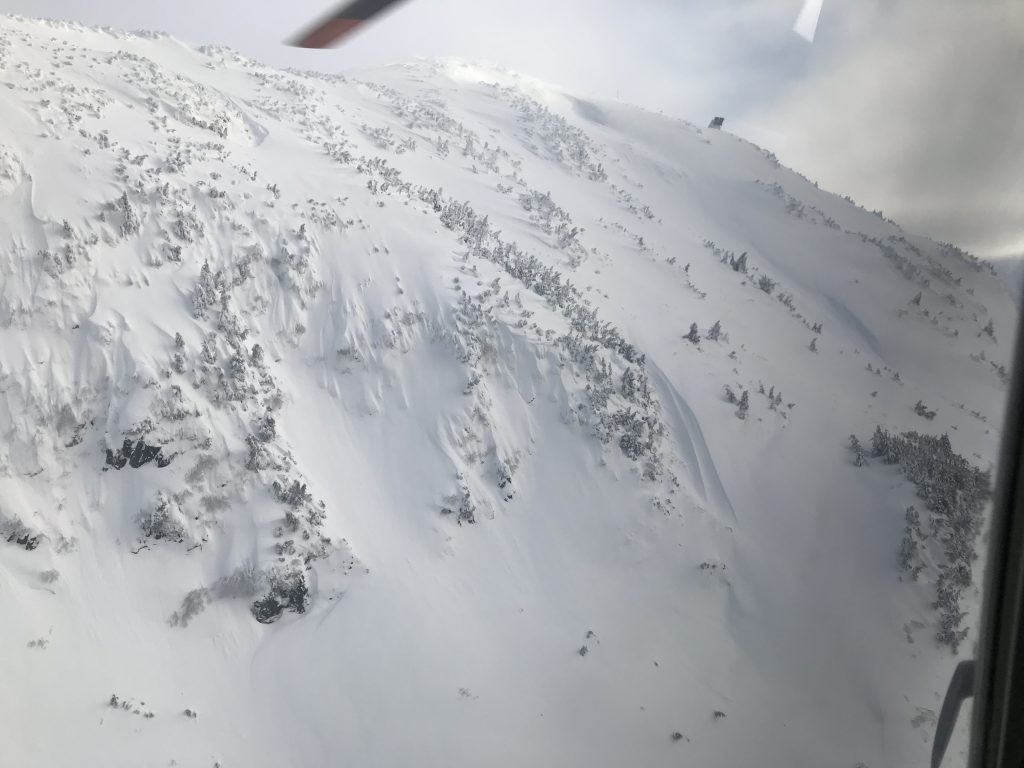 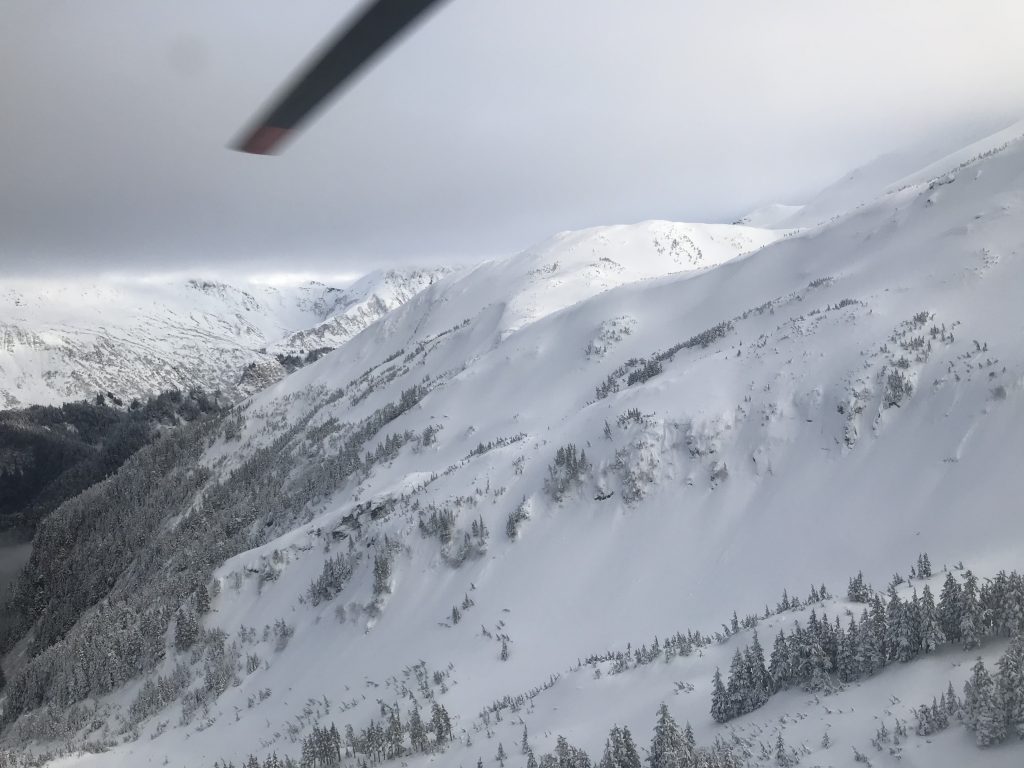 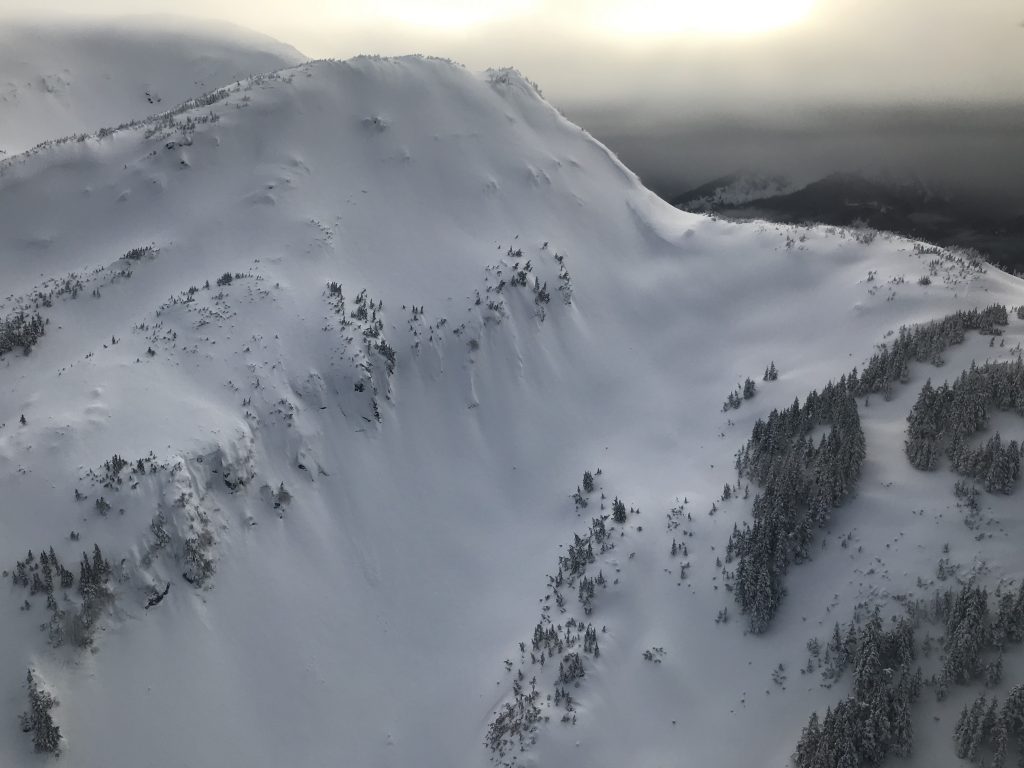 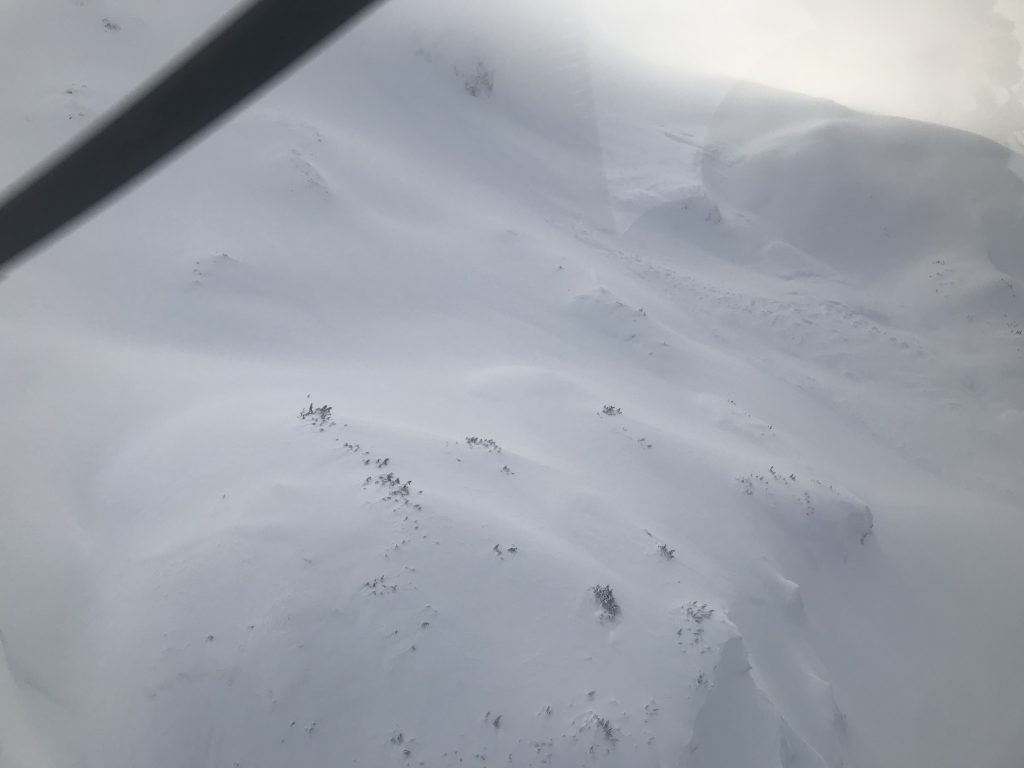 Obscured Debris (on the right) 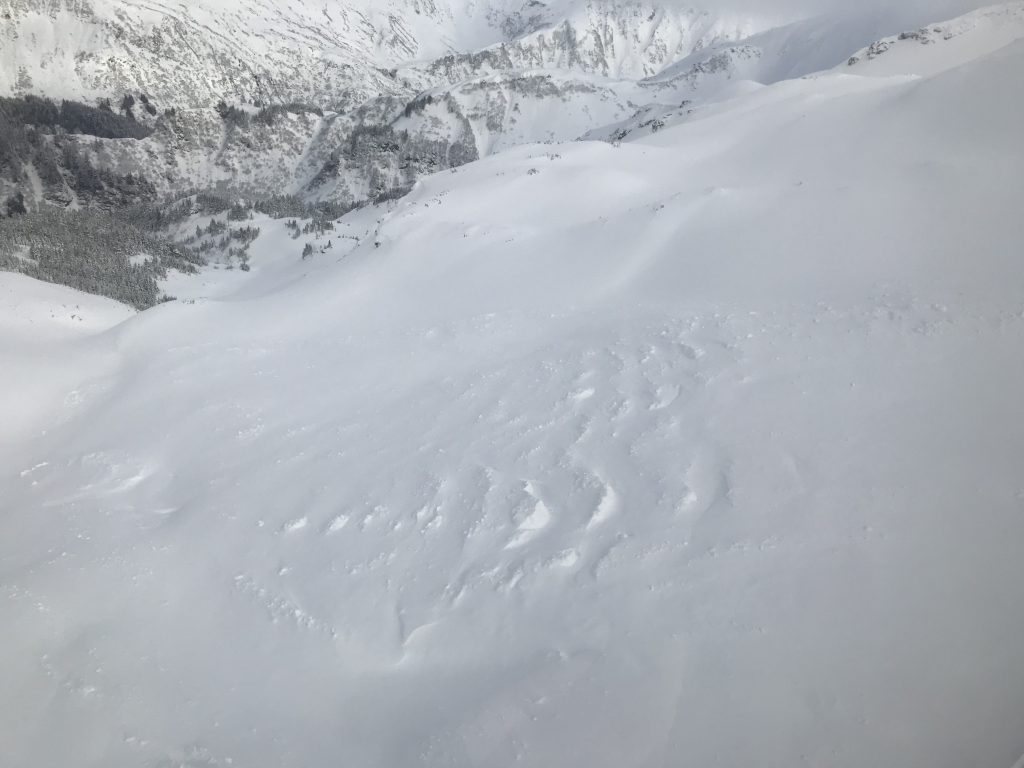 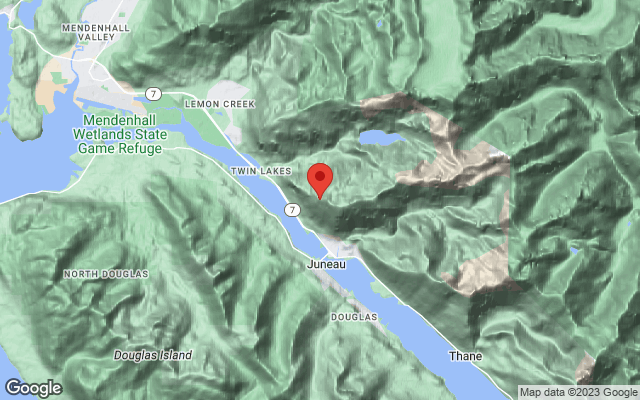