My second attempt at ascending Mt Jumbo. Followed the same basic route as I took yesterday. Jumbo Trail to the snow machine track, on to the IRA cabin, then up to the ridge where the summer trail is.

Again found that the widespread surface hoar disappeared once I reached the cabin (~1,500’), until near the summit where I found some isolated patches. Above the where I dug my snow pit (1,600’ in the bowel), I began finding occasional windslabs the became progressively more common the higher I went up. On the ridge leading to the summit at ~2,400’ the snow was ~160 cm. deep.

Mostly clear ascending, then mostly cloudy descending. Wind was blowing from the SE and picked up as the day went on. When descending, I saw wind causing snow to sluff off the cliffs. I did not observe this in the morning when ascending. Wind was negligible inside the bowl. It was really super cold degrees C.

Powder all around, except some wind crust 1-5 cm. thick in higher elevations. 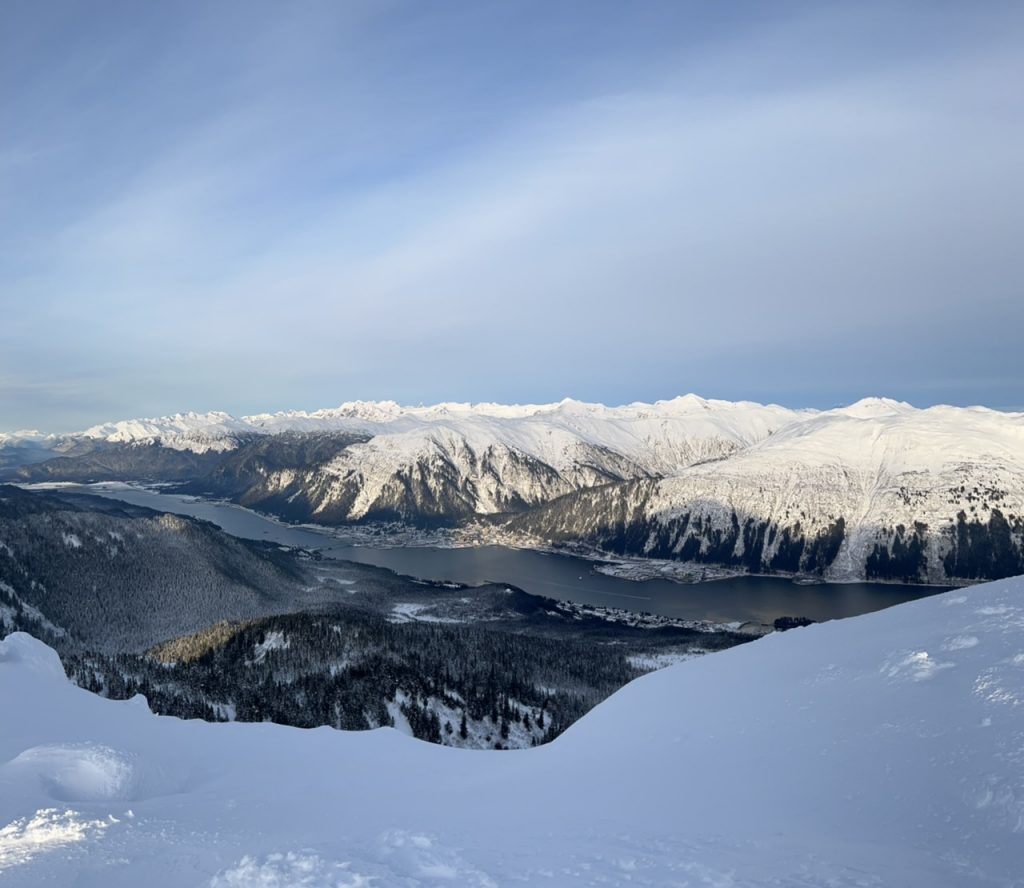 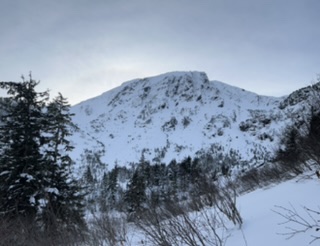 Jumbo from near the cabin 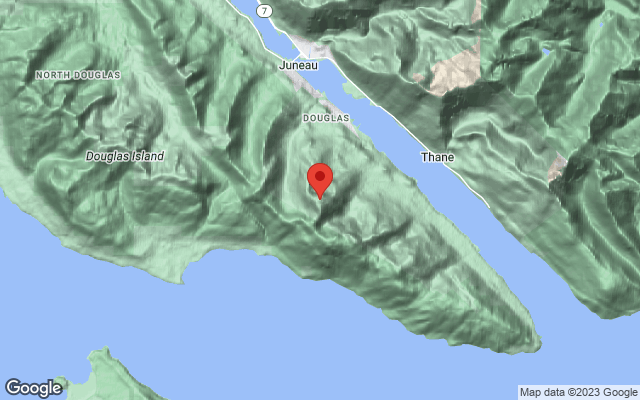