Very cautious of significant instabilities throughout the region, we picked our way through dense trees to get through the steepest part of our route, and avoided large openings. We found a small opening in the forest and did some stability tests to see how normally safe avalanche terrain might be holding persistent weak layers. The results, see below, encouraged us to stay well clear of steep or exposed terrain. The low angle tree riding was incredible all the way to the Ditch Trail.

Large avalanches observed from Snettisham to Douglas. On the TSA (Table Top, Saddle, Anderson) ridgeline, the Table Top avalanche observation by Mike Janes on the 22nd (first noted by Anonymous on the 21st) was even bigger than it looked. Not only did it have a 1/4 mile crown line visible from Fish Creek Road, but it also propagated to the north bowl of Table Top and ripped out that entire slope. We also noted smaller crown lines approximately 1 meter deep on the north faces of Saddle and Anderson, at about the same elevation (2400') that we dug a pit on the east face of Anderson.

Calm with light snow starting up again after a brief break between storm systems.

40 cm of loose dry powder on the Feb 4 freezing rain crust. Two distinct facet layers below the Feb 4 crust with a looser interface between them. We got weak CT12 Q1SC results on this loose mid facets layer and then disturbing PST 20/115 End results as shown in the video. We then continued to avoid exposed terrain and stayed in the low angle glades. 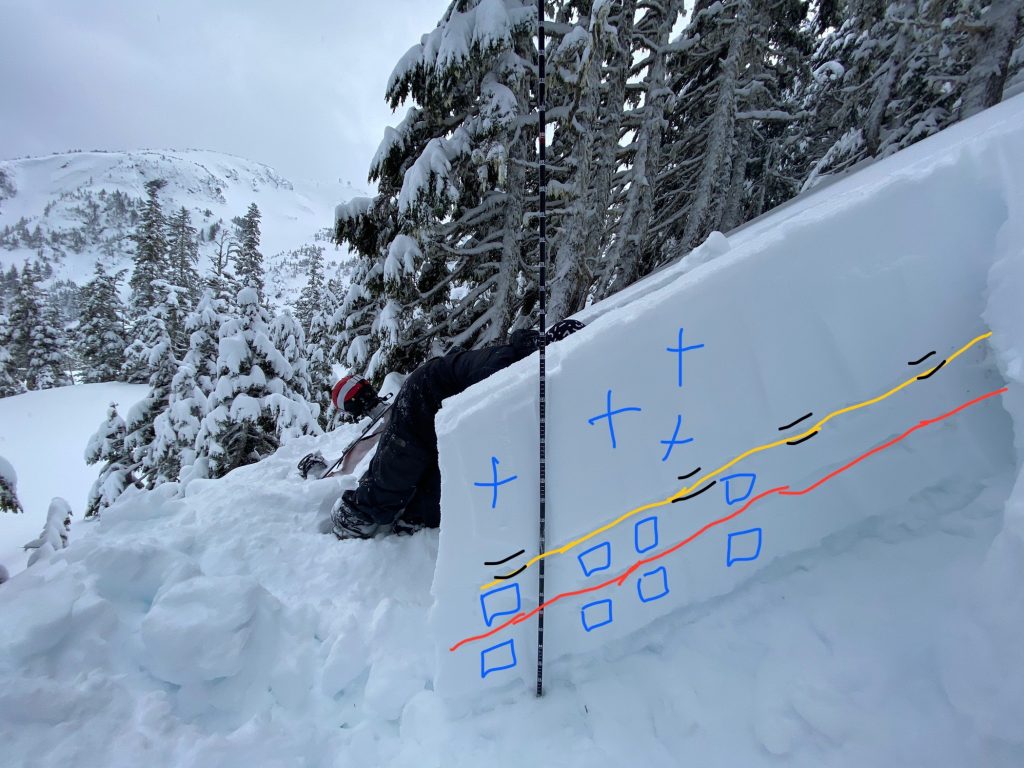 plus signs is new snow, squares are facets, the yellow line is the freezing rain crust, the red line is the loose facet interface. All on top of the Jan 18 melt freeze bed surface. 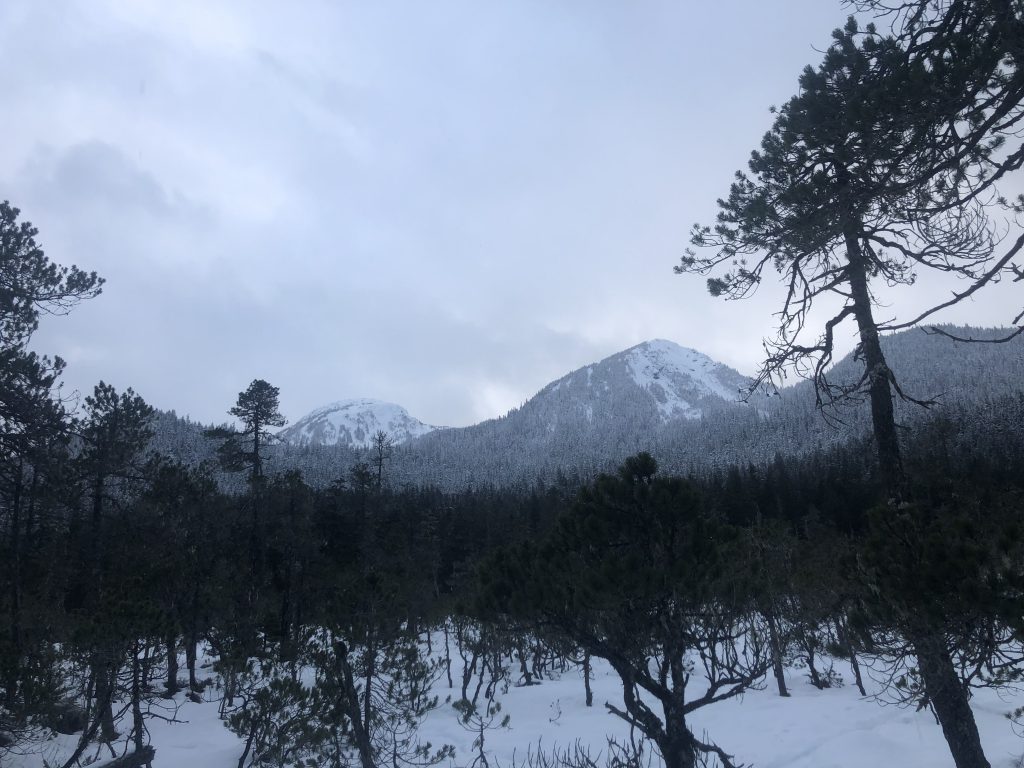 Didn't have a better photo, but natural crowns were observed on the north side of both mountains pictured here. Extreme caution is advised, even in the trees! 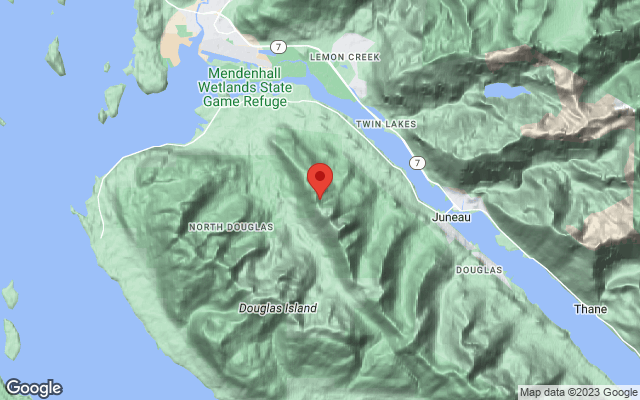