SE breeze picking up; likely some wind slabs forming on Stewart ridgetops N aspects but no windslab formation on FCK yet. Some open water here and there and creek terrain still visible but relatively easy to navigate.

Minimal shooting cracks on some steep switch backs but otherwise no whoomping or other major signs.

Light snow off and on; increasing light SE breeze but not enough to move any snow.

150-200cm snow height in a wind loaded deeper area.
Several future layers of concern: near surface facets/surface hoar, another facet/ sfc hoar layer down 15cm, a very thin freezing rain crust with small facets around it down 30cm, and then the Thanksgiving crust with facets on top down 70cm from the surface.

Shallow layers had low energy shears. Deeper crust/facet layer had variable energy but was propagating, however prior day obs from other folks in shallower areas noted no propagation so it'll be interesting to see what happens with more load. Any of these could wake up and become a problem. 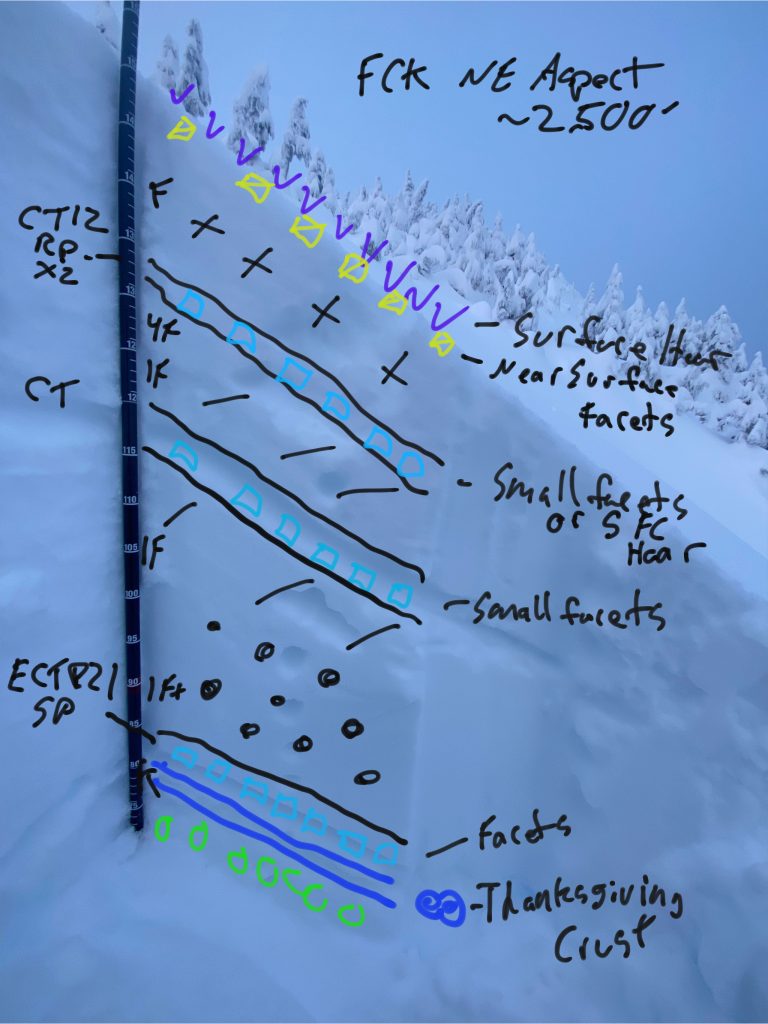 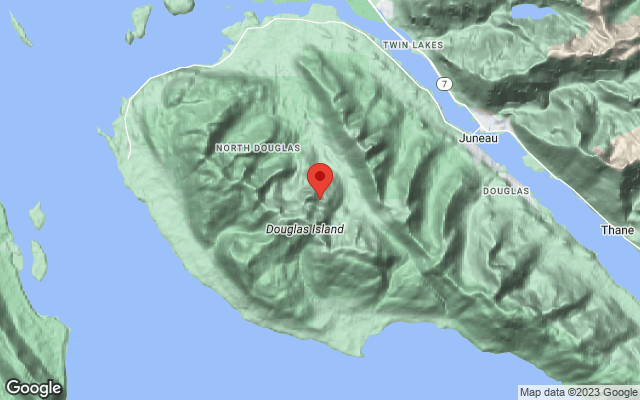