Up Moller trail on Tuesday saw two crown lines in the second-closest path to the ditch trail. Fairly deep propagation across the entire top of the path, with an even deeper crown just below the top one. Originally thought the first one stepped down to the deeper one, but looking closer saw that Sunday’s most recent snowfall was only on the bed surface below the first crown, while the deeper second crown did not have fresh snow on the bed surface. Indicating that the second crown may have released on Monday. Additionally, from the first meadow coming up from the ditch trail, we could see old ski tracks below the debris pile, covered by Sunday’s snowfall. If anyone has any clues about these mysteries please contact me at 4197709.

Also over the past three days noted deep slab crowns on a west aspect above Dan Moller trail and a north aspect in Lawson Creek basin, glide release crowns on both sides of the Moller trail, and triggered a small fresh wind slab on a southwest aspect on the backside of Lawson ridge.

Best guess for weak layer may be buried surface hoar from end of December, preserved due to sheltered location. Unclear if the first crown released during the last thaw event or if a human trigger was involved. 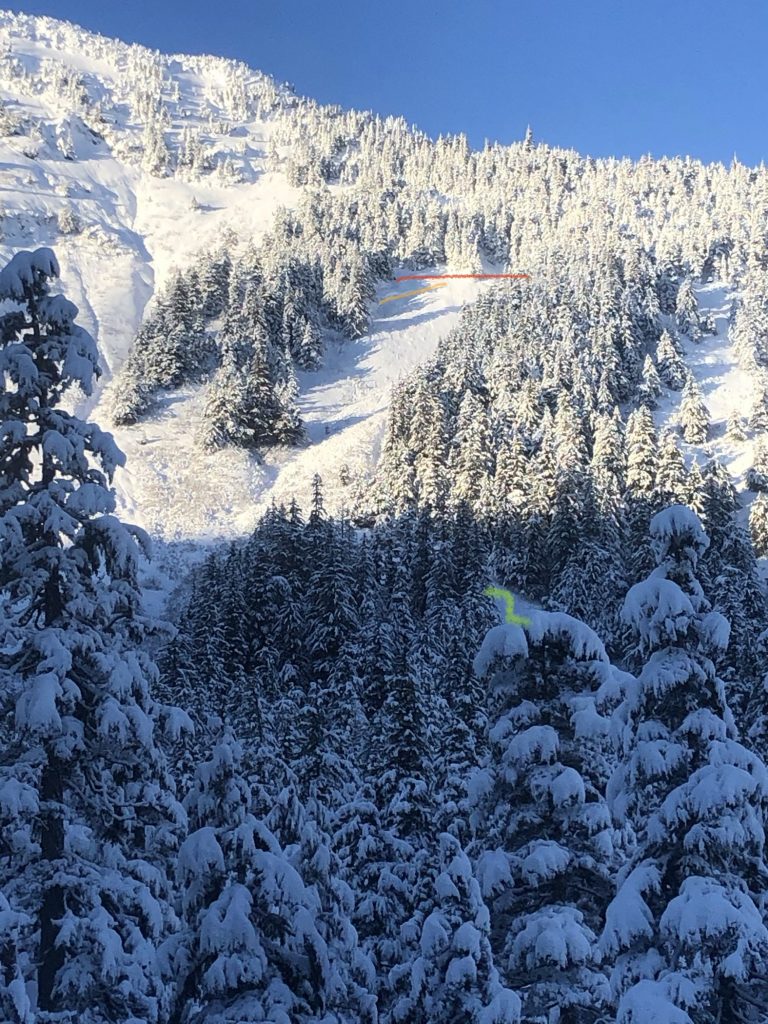 first crown in red, second crown in orange, and ski tracks in green 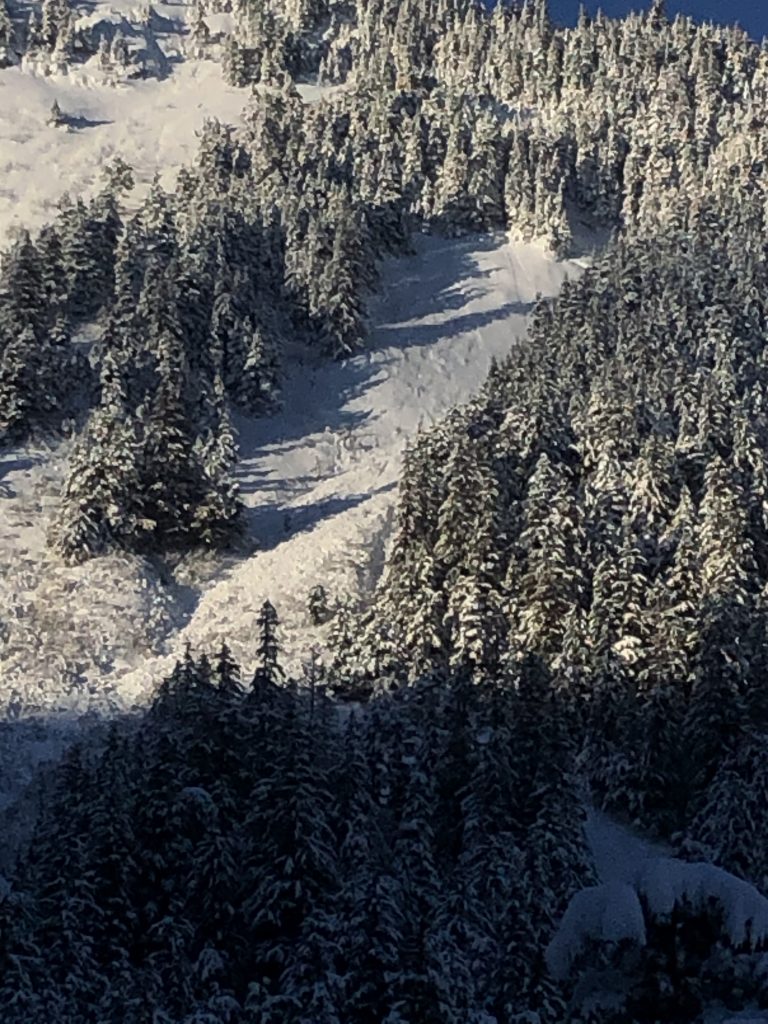 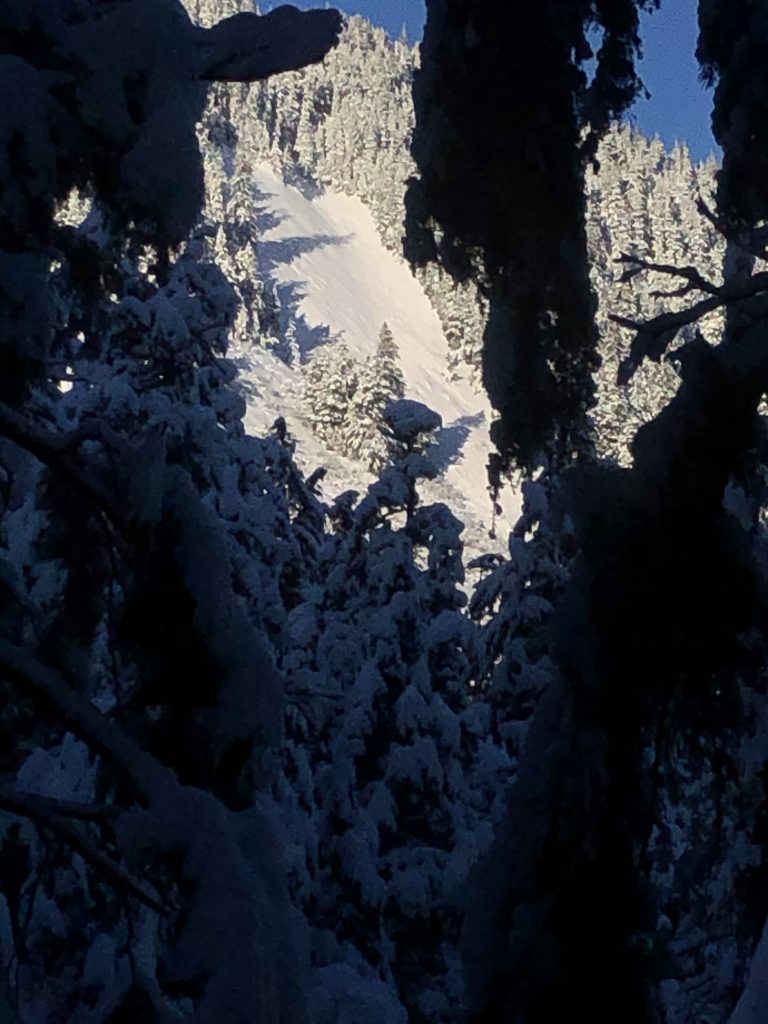 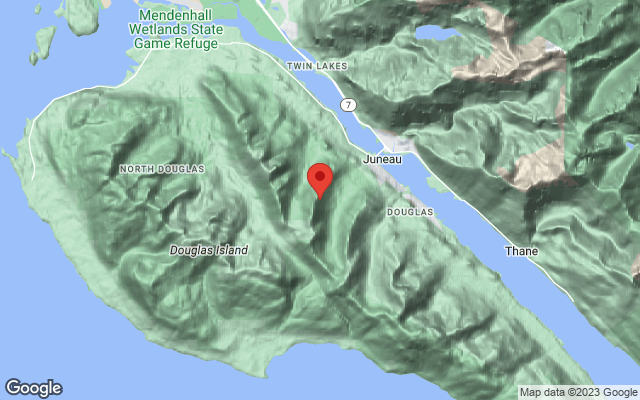