Rider #4 of group, Track # 7 on general aspect initiated entrance to headwall high on left side. Upon finishing last righthand turn before exiting constriction whole slope gave way almost simultaneously. Snowboarder then initiated but did not complete lefthand turn in constriction when slab began to move in it's entirety. Rider had split second determination that staying put, just swimming and riding now rapidly moving slab into the right trending gut was unacceptable to viable rescue. By backstroking and lifting board out of disintergrating upper slab rider was able slow down and let enough snow drain away to self arrest on bed surface and slightly angle ride in avy to the left and onto high point of central bulge. Rider was 50/50 in confidence that they would go over the central cliff complex at this point .As rider began to see viabilty of reaching island of safety, was repeatably struck in head and shoulders by ice chest size pieces of slab. while backstroking 3 times hands found and dug verywell into bedsurface. Snowboarder was entrained in slab for total of about 275-300 vertical feet. Observers described very powerful, fast and silent slide with signifigant powder blast that obscured toe and reached valley bottom. Approx 35% of slide mass was slowed and stopped by terrain trap and slowing of lower debris field creating a 23-24 foot deep "heel" that appeared to be unsurvivable. Bed surface was uniform in nature across breadth and had evidence of wind effects. Crown line measured from 14-15 cm thinning out high skiers left to 100-110 cm low skiers right on headwall "shoulder". Slide only stepped down in gut where intense debris impact occurred as snow was ramping off skiers righthand side of the bulge.

Setting out into wedding bowl observed telemark skier do final of (3?) runs on headwall and headwall shoulder. No evidence of snow stability tests by that individual, we proceeded cautiously up, digging two ECT pits and several hand pits that only accessed top two most recent snow events. Disatisfied that we could not get a pit that accurately represented the headwall , as the only "safe" site had already been disturbed by skier tracks in addition to ECT results we did have the group was in limbo about the planned line and some decided to pass and ski a different aspect. Remaining four members of party were motivated to do headwall. Discusion of visible and known natural activity was noted. Discusion of consequential loose snow (sluff). Discussion of possible ski cut in lower angle entrance ramp was mentioned. As party transitioned speed increased and people were on slope before any plan was made to ski cut at lower skiers left entrance ramp. No wumping, cracking or large entrainment of moving snow was observed by first 3 riders on slope or on climb up. First three riders of group had exceptional powder turns. Upon regrouping of all, learned of other skier triggered slab and passed on cropley exit and utilized sunwarmed more stable lower angle snow in propagation bowl. Overall magnitude was very similar to snowboarder triggered slide on Hogsback. Of Note also is this face is notorious for producing similar events.

Upper Wedding Bowl had a crown on the North facing aspect (~100' wide) as well as the slope lookers left of the big cornice on the up track (~50' wide). There was another crown on the back side of Fish Creek Knob (~50' wide) very near apex of bunny toe pass. These were all believed to be from the day prior.

The day prior (Saturday) had a fair amount of avalanche activity with the early morning storm and we attributed the crowns to this day. Snow on Saturday dissipated mid day. Signifigant cooling occured then signifigant warming on Sunday. 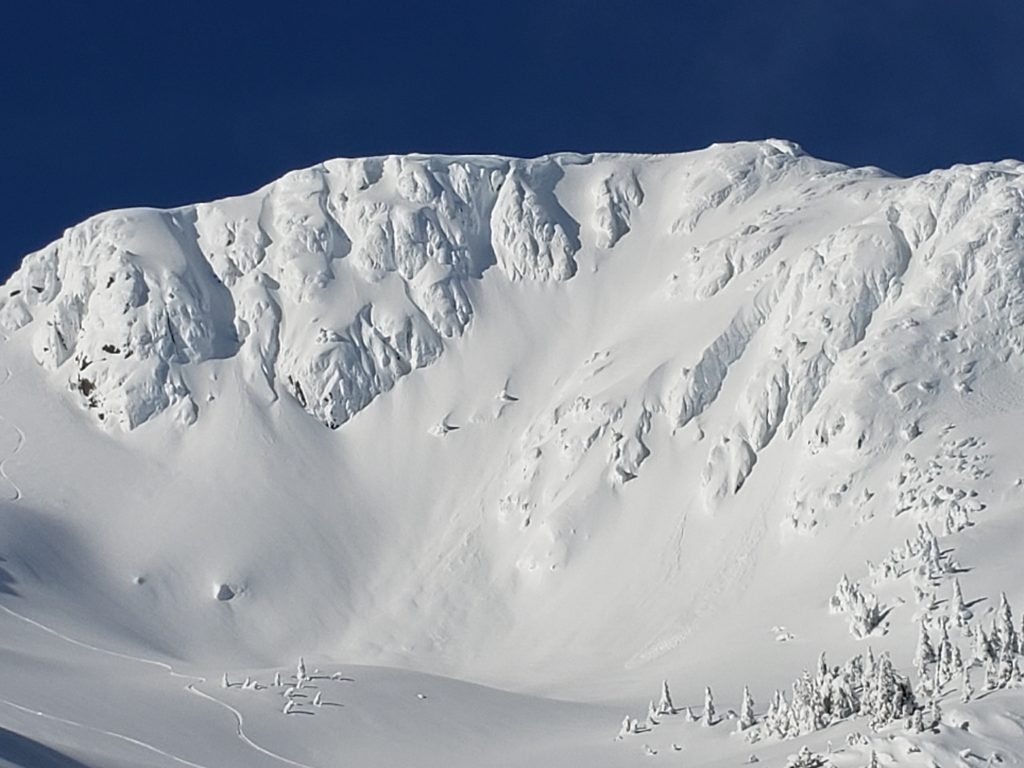 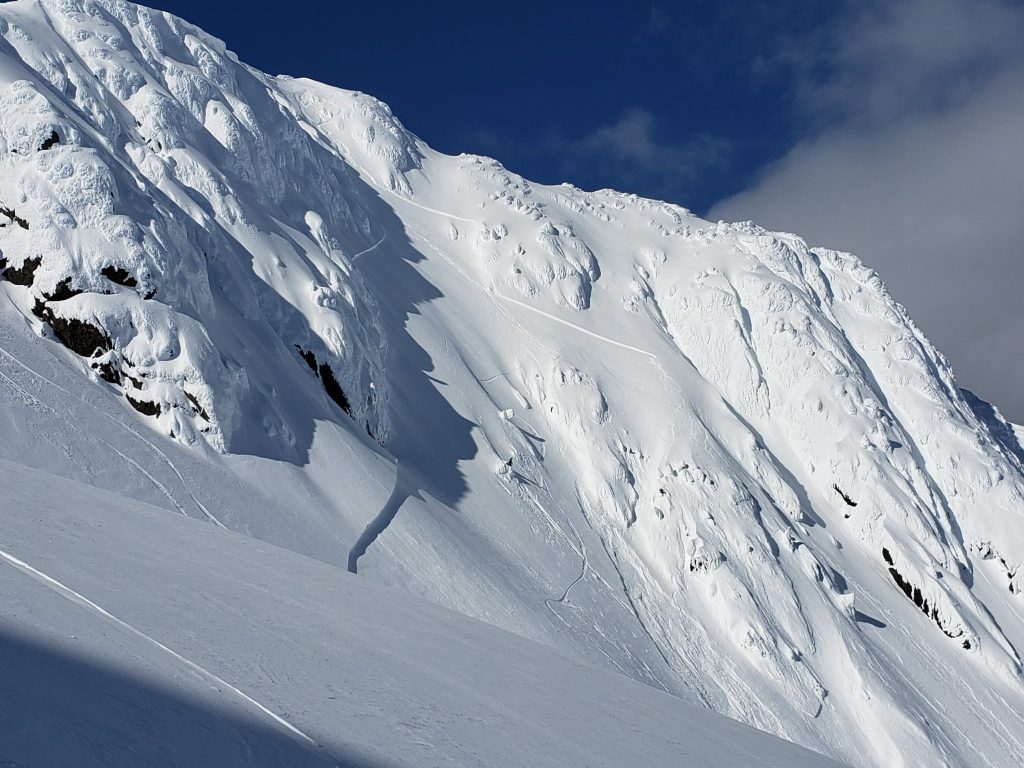 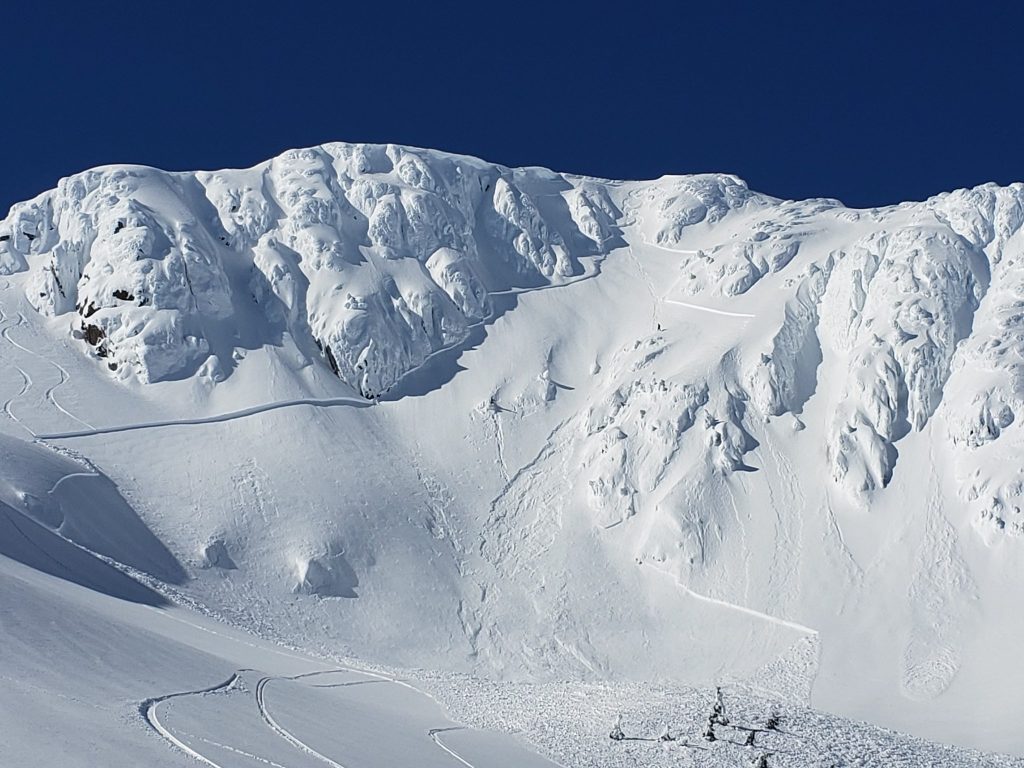 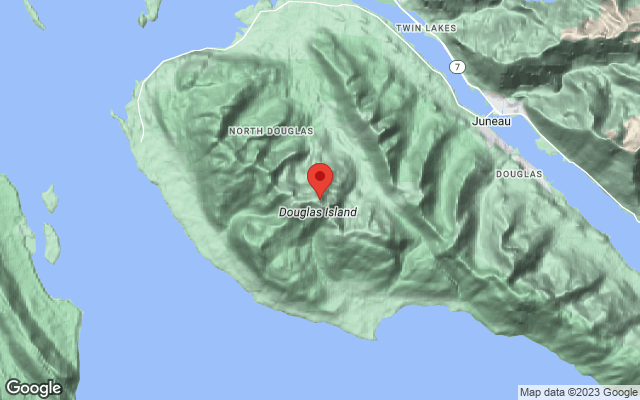