Took the standard approach from the west to reach the southeast facing banana chute. We noted limited signs of instability on our tour, but did note obvious greenhouse effect radiation on the ridge that was rapidly warming the snow surface and increasing cohesion in the soft storm snow. A hand pit at the top of the chute failed while isolating a column, ~20cm down on top of a thin crust layer. This crust layer was not observed on the approach from the west, and likely formed on March 20th. Performed a ski cut after the rollover into the main run which did not produce a result. The avalanche was triggered on the 3rd or 4th turn. The fracture occured at the feet of the rider, and they were able to quickly reach higher ground on the side of the chute, no one was caught. The avalanche ran a considerable distance, but failed to reach all the way to the valley bottom.

To recap our decision making: we were fairly commited to skiing the chute and the skiing conditions were great ("human factors"). Based on our observations, we certainly felt a human triggered avalanche was possible. We agreed that the terrain in the chute provided lots of places to escape should an avalanche occur. The steep side-walls of the line meant higher ground was always available. Based on our understanding of the avalanche problem and the terrain, we made what we feel was an informed decision to accept the risk of skiing the slope. Fortunately no one was caught.

Rapid warming of the snow surface that increased cohesion of the storm snow, handpit failed when isolating the column. At lower elevations on the exit, we also noted touchy loose wet avalanches in steep terrain, and the trees were shedding snow in the forest. 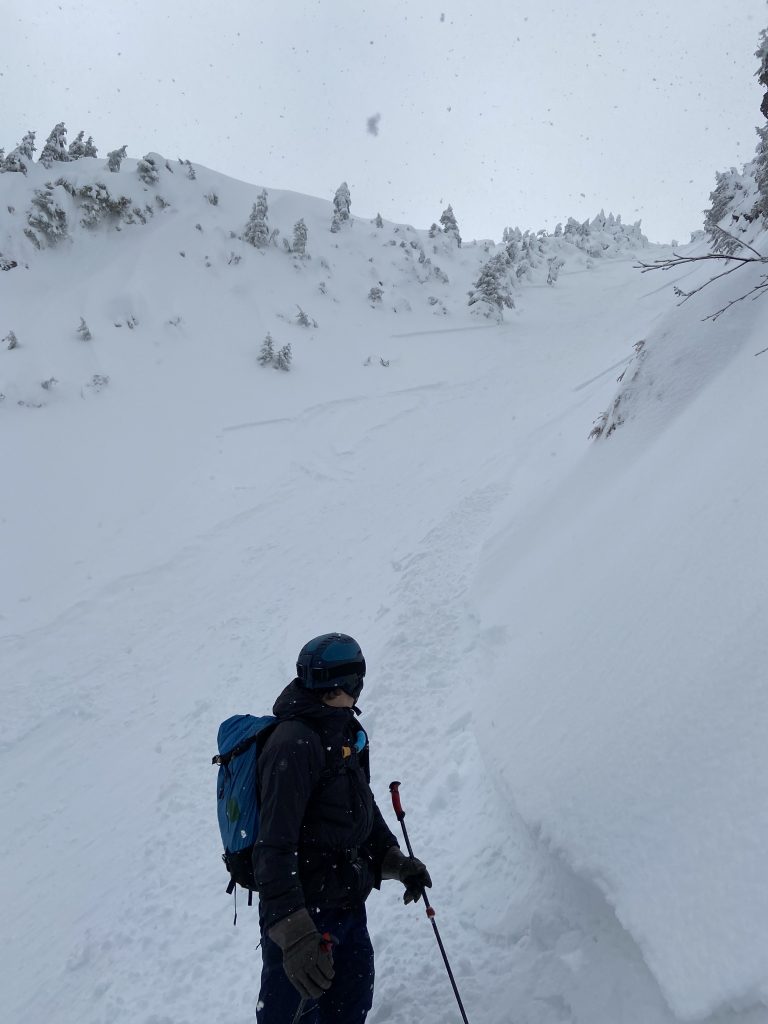 Looking back up at the top of the avalanche 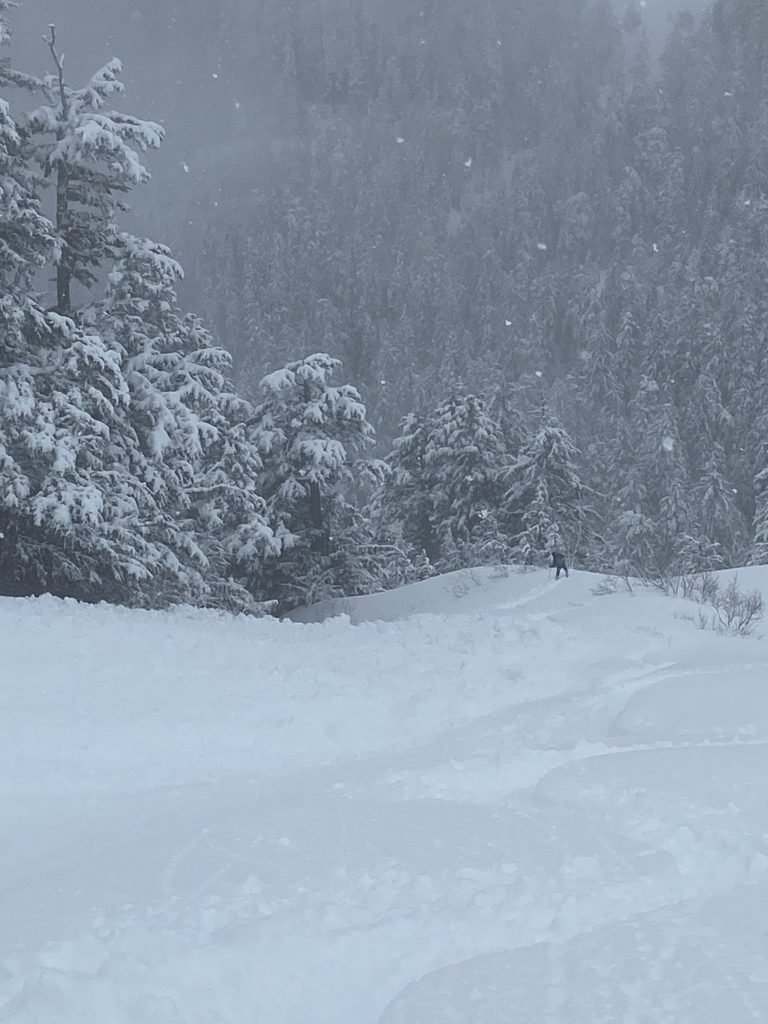 The bulk of the deposit, a small amount of debris continued down the gully to the left of the skier in photo. 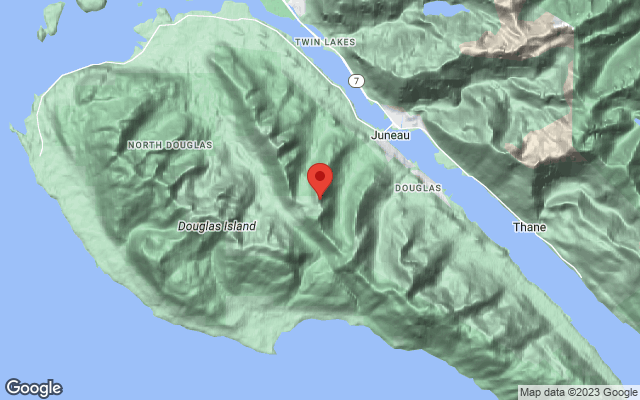