Rain/fog crust collapsed a few times during travel. While failure is occurring with little snow load on top it warrants watching if/when load is added. In one area the crust cracked up to 40' away from the skin track. Multiple natural avalanches on lee slopes, mostly smaller superficial pockets but we did see a north facing ~100' wide crown at an apron/rock wall interface. Several SE facing point releases also visible below ridge top despite the bitter winds.

Rain/fog crust with an icing of wind broken faceted grains on top.

See pit image below. Upper snowpack was more cohesive than expected around the old rain crust when tested could not hand-pry the block after the ECT. Difficult to test for weakness around the relatively thin new rain/fog crust but facets are present and growing around both crusts. 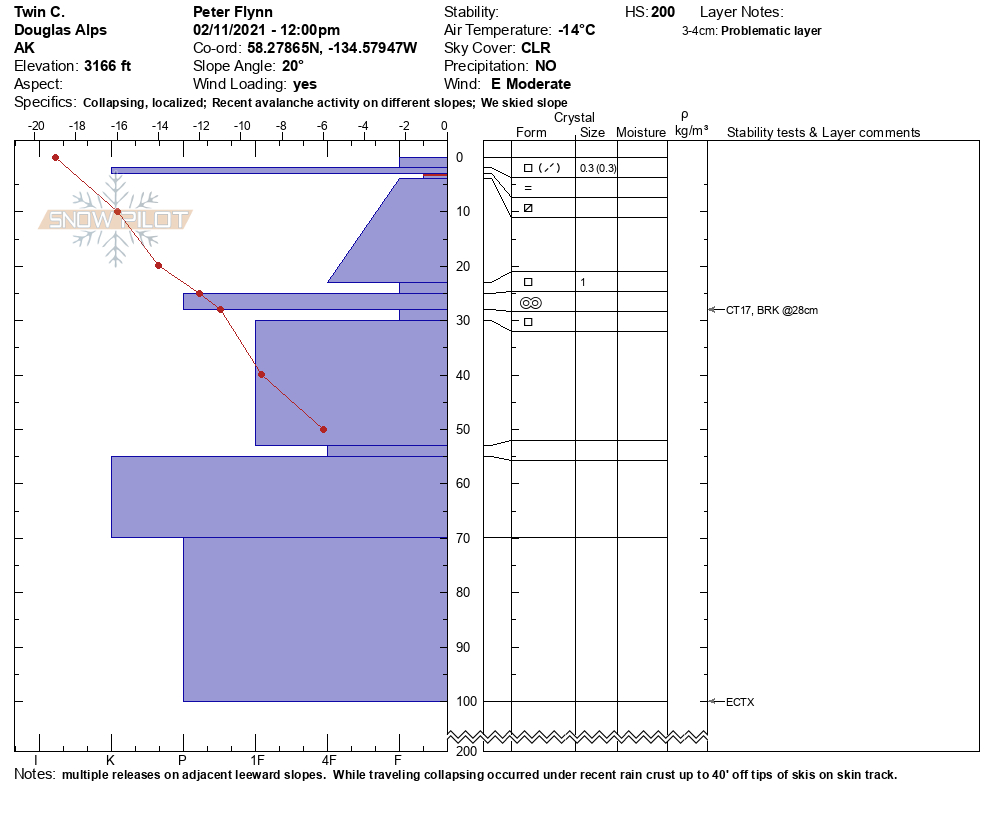 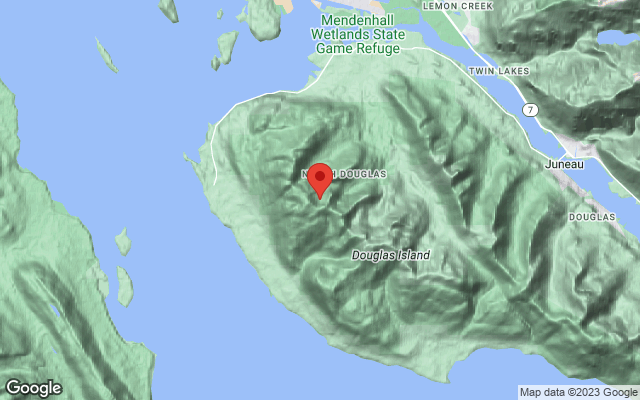