Generally followed snow machine track to the IRA cabin, then ascended up the spur ridge the leads to the summer trail. Descended same way at less then 2000’ due to time.

Weather was mostly clear, then a brief period of light snowfall with no accumulation. Snowfall was followed by progressively decreasing cloud cover. Wind was light enough in the basin that I forgot to take note of it.

Snow cover was present sea to summit, consider bringing ice cleats for the first section of the Mt. Jumbo trail. By the time I reached Gastineau Meadows there was several inches of powder deep with enough coverage to allow skinning though it. The omnipresent surface hoar all but disappeared at higher elevations (~1500’).

No cracks or whumpfs. Found some avalanche debris that appeared mostly buried. 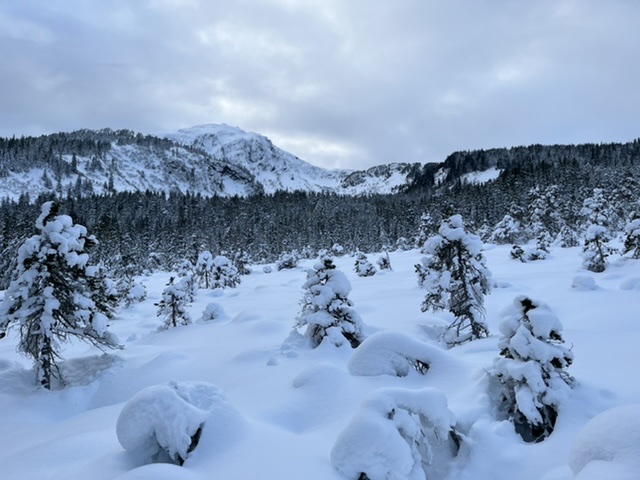 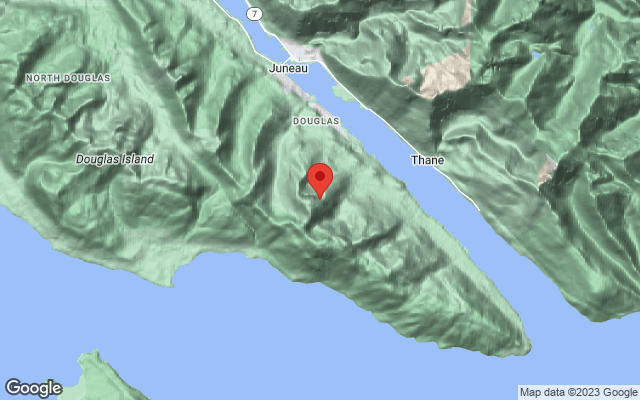