Over the past couple days I’ve been able to visit a broad span of terrain and have observed a widespread layer that is worth sharing. McGinnis, Squalliwood (north of Stroller White), and Arthur (where the marker on this map is) all had a low density layer of needles about 10cm thick under surface slab layers. This needles layer is expected to have fallen on Saturday March 5 and then capped with either wind slab (Mendenhall region) or a thick rime crust (south of Taku) on Sunday March 6. Shallow natural storm slabs were widespread throughout the region on this layer. I have not verified this layer on Douglas but suspect that the remote triggered slab from the first of three riders under the top saddle of Hogsback failed on this layer on Sunday afternoon. Perhaps also the slides on False Troy and Table Top noted by Sam Steensland March 7.
With the past few days of cold clear weather, these needle layers that have not been blasted away by the wind are faceting just under the surface, creating a potential persistent weak layer that should be monitored.
Also worth noting that many different debris piles and older crowns were observed throughout the mainland, of varying depths and sizes. Pinpointing exact timing for each of these slides would involve much speculation, but the take away is that persistent weak layers may exist throughout the region.

On Monday March 7 at Squalliwood (north of Stroller White, southwest of the Mendenhall Towers), on a small test slope the first rider dropped off a small cornice and rode to the bottom with no results. I followed and ski cut the top of the cornice, kicking off a chunk that then triggered the same test slope below. This soft slab ran to the bottom of the shallow gully (~100' vertical), which then sympathetically triggered a larger slab on a SE aspect. The needles layer described above was the weak layer, under a denser slab layer of wind packed new snow. Bed surface was decomposed rounded grains, 1 finger + hardness.
Another slab was kicked off on the next terrain feature over (East aspect, same elevation) by the other group in our party.

Shooting cracks in thinner areas with dense wind slab on the surface. 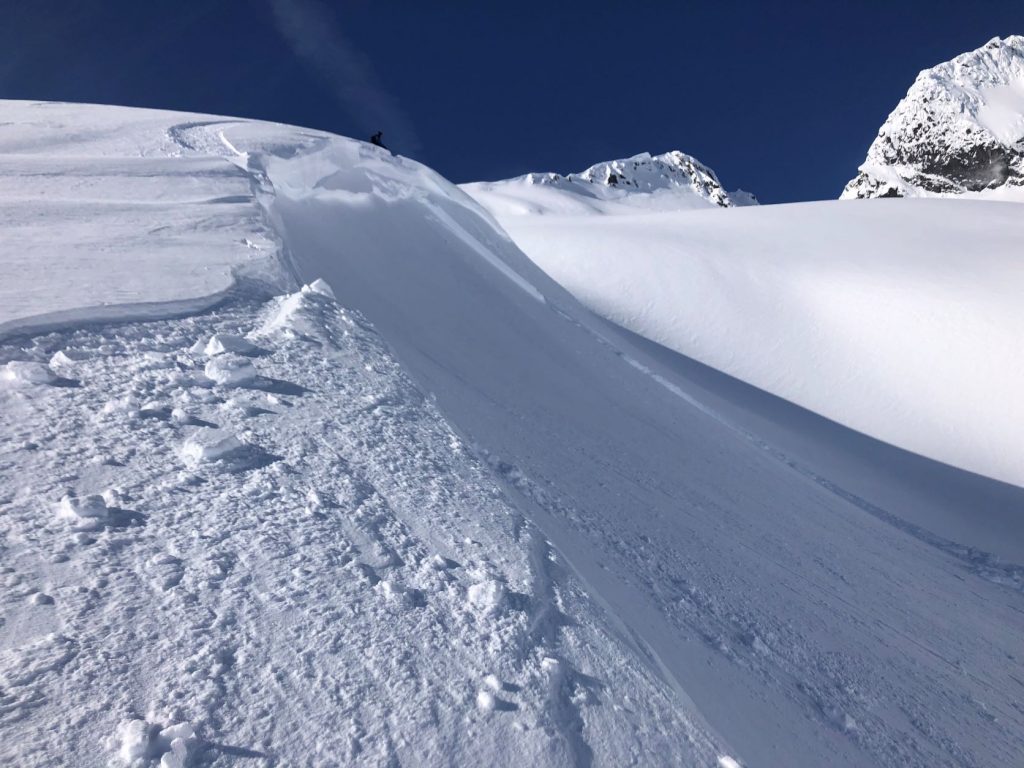 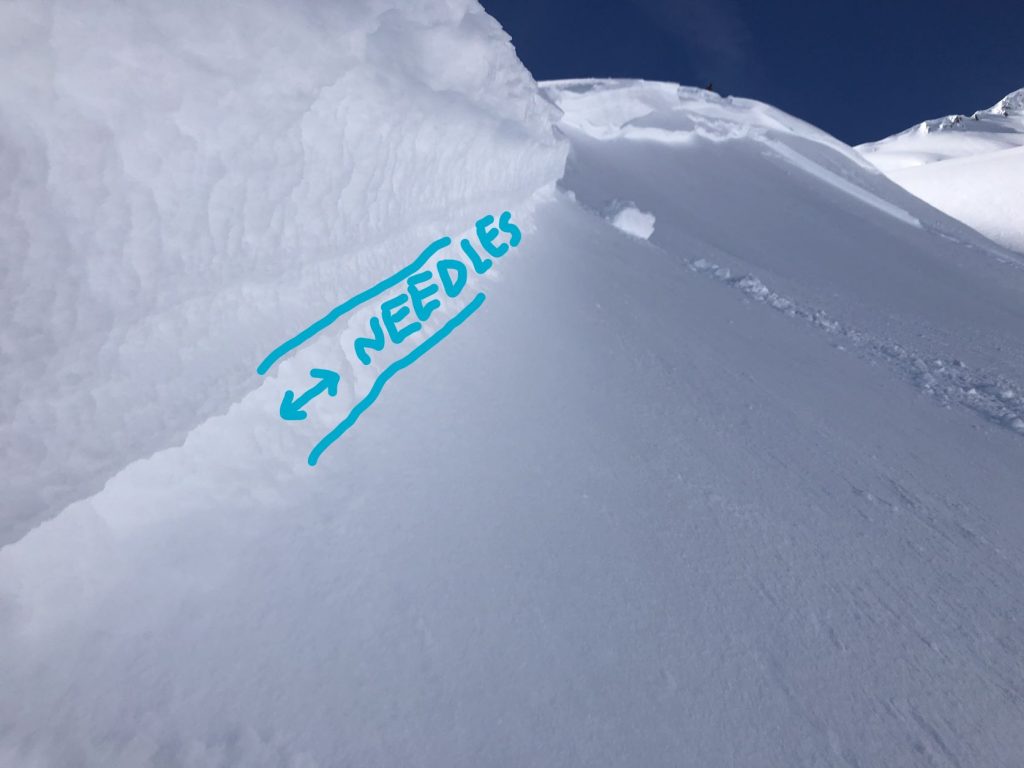 Crown line of the first slide on Squalliwood 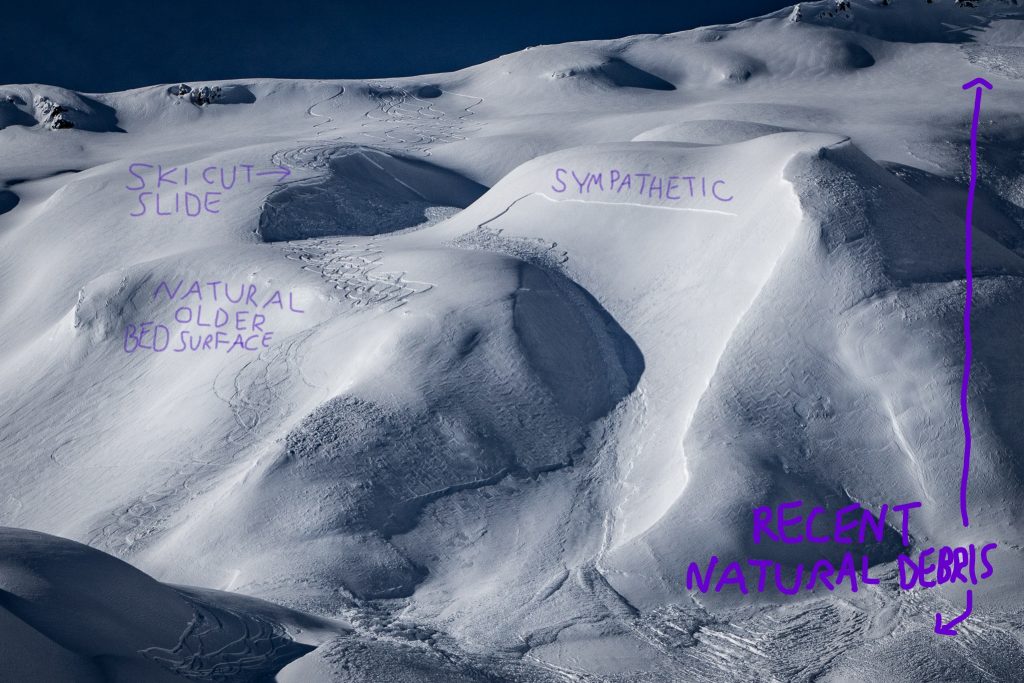 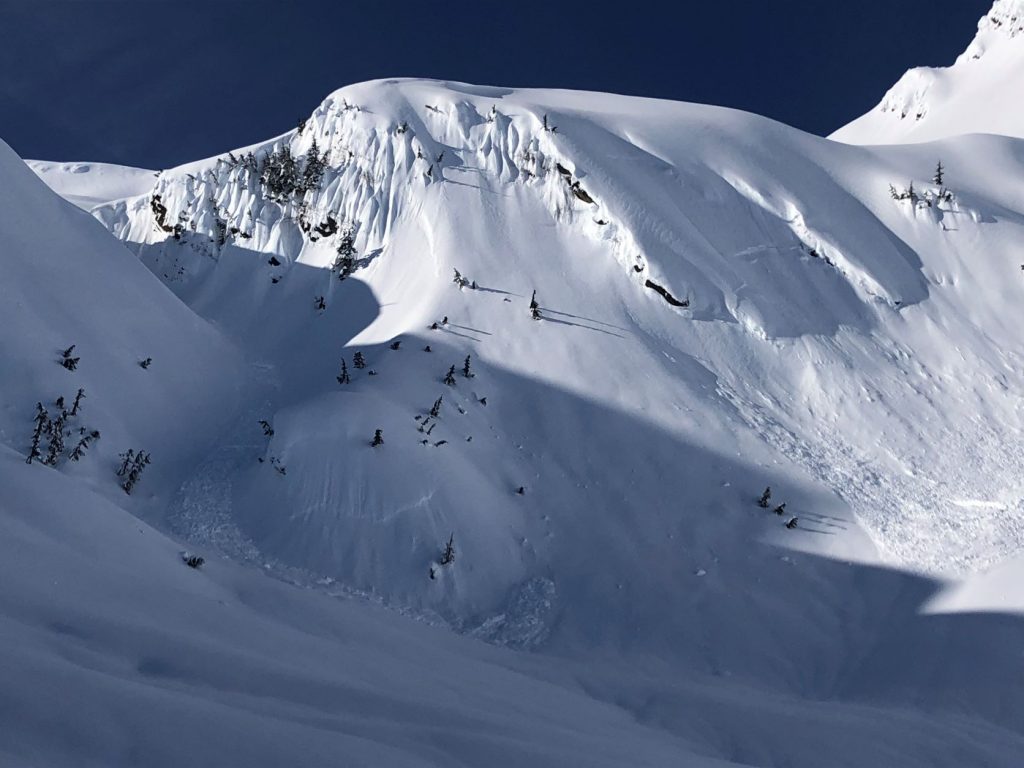 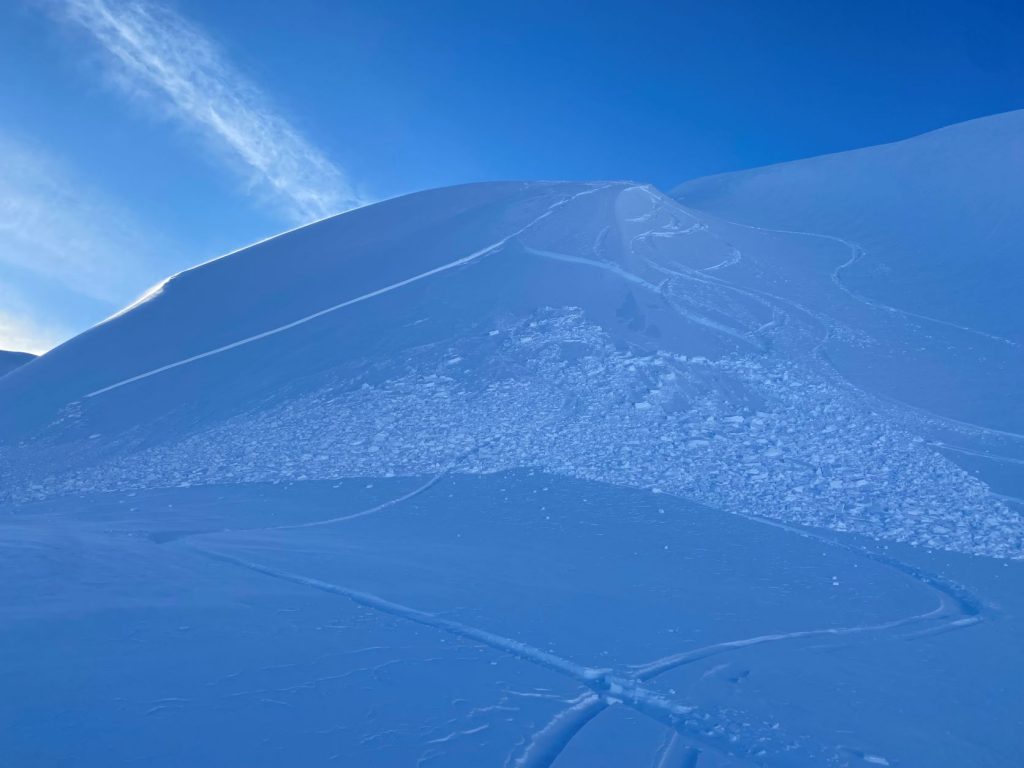 The third slide triggered by our party on Squalliwood. 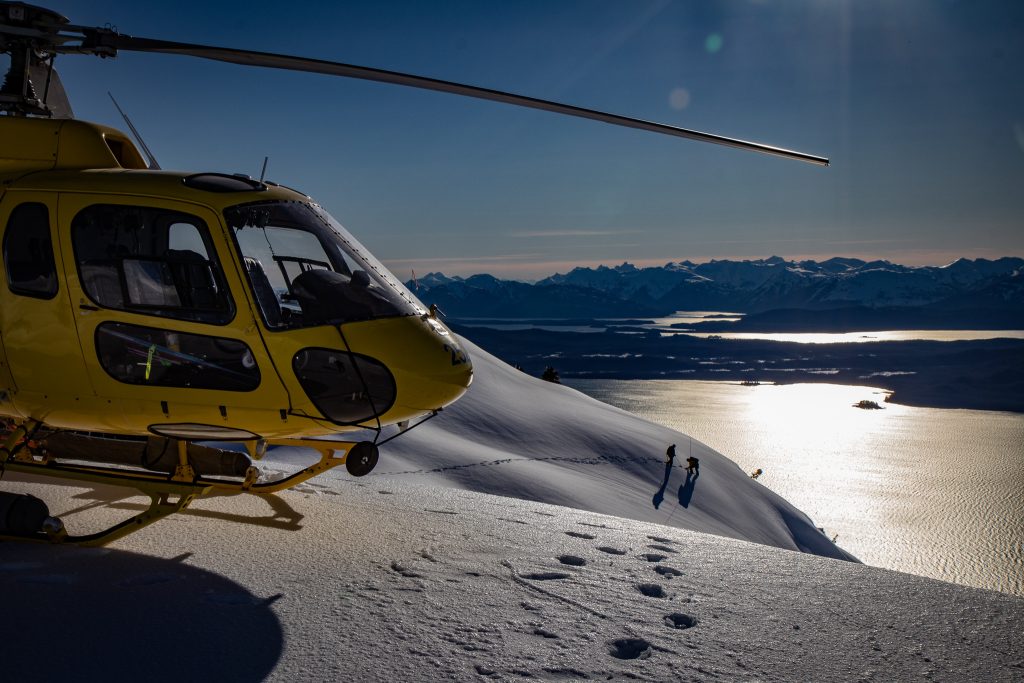 This reflective rime crust on the surface capped the needles layer on Arthur Peak, preserving it from the subsequent winds. 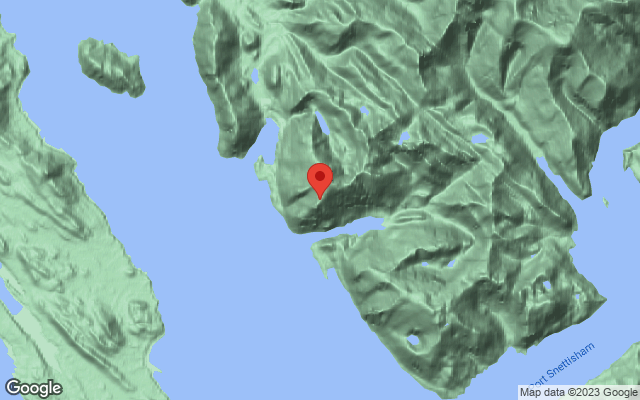