Hiked up the Granite Creek basin trail to 2,600, just beginning to ascend the start of the spur up to Juneau ridge.

Snow was present as soon as the trail enters the alpine meadows. Above ~2,000’ I measured 10-15 centimeters of snow. There was a ~3 cm melt crust. On sunny aspects this wasn’t present. No avalanche slides seen, but copious amounts of roller balls were.

I dug an ECT pit in spite of the shallow snow pack just for fun. ECT 15 revealed a fracture just below the crust, but with no propagation. I don’t know how much faith to put in that test in such shallow conditions.

Wind was blowing precisely Really Really Fast MPH out of the east. It was surprisingly warm on sunny aspects in the wind sheltered spots. At 2,600’ there were no new roller balls spotted, but the snow was getting noticeably soft.

Elected to stick to low angle terrain due to the high winds. All in all maybe 500’ of snowboarding- and that’s optimistic. But I have no doubt in better conditions higher elevation terrain could be a lot of fun. 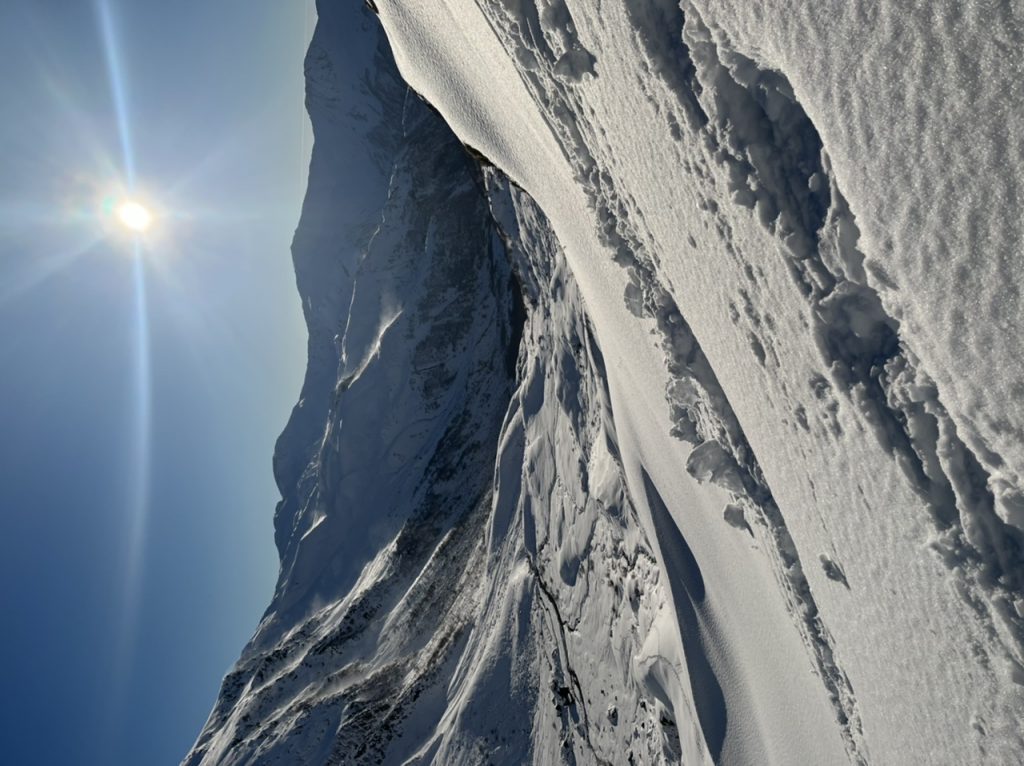 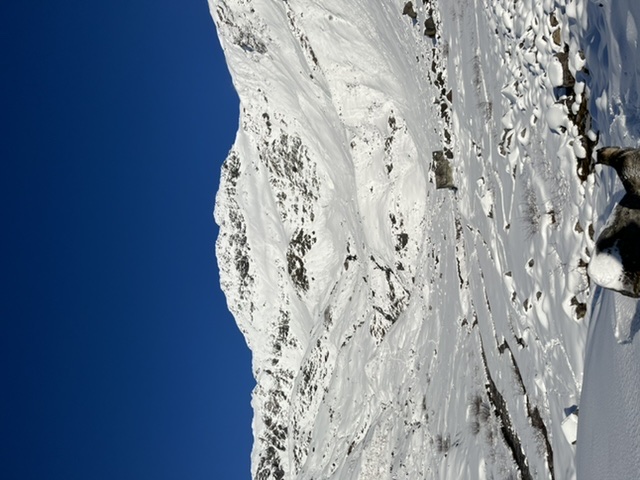 The basin. Note the creek hasn’t frozen over entirely yet. 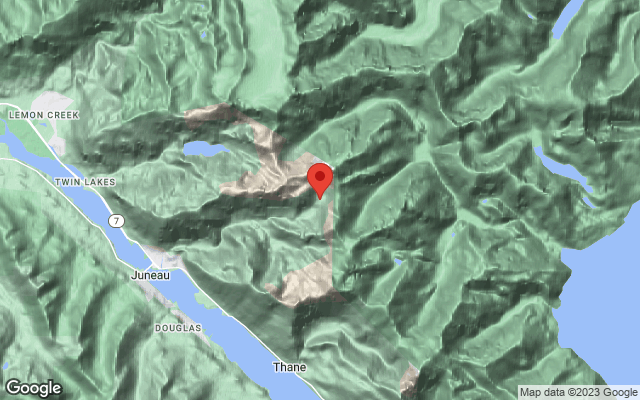